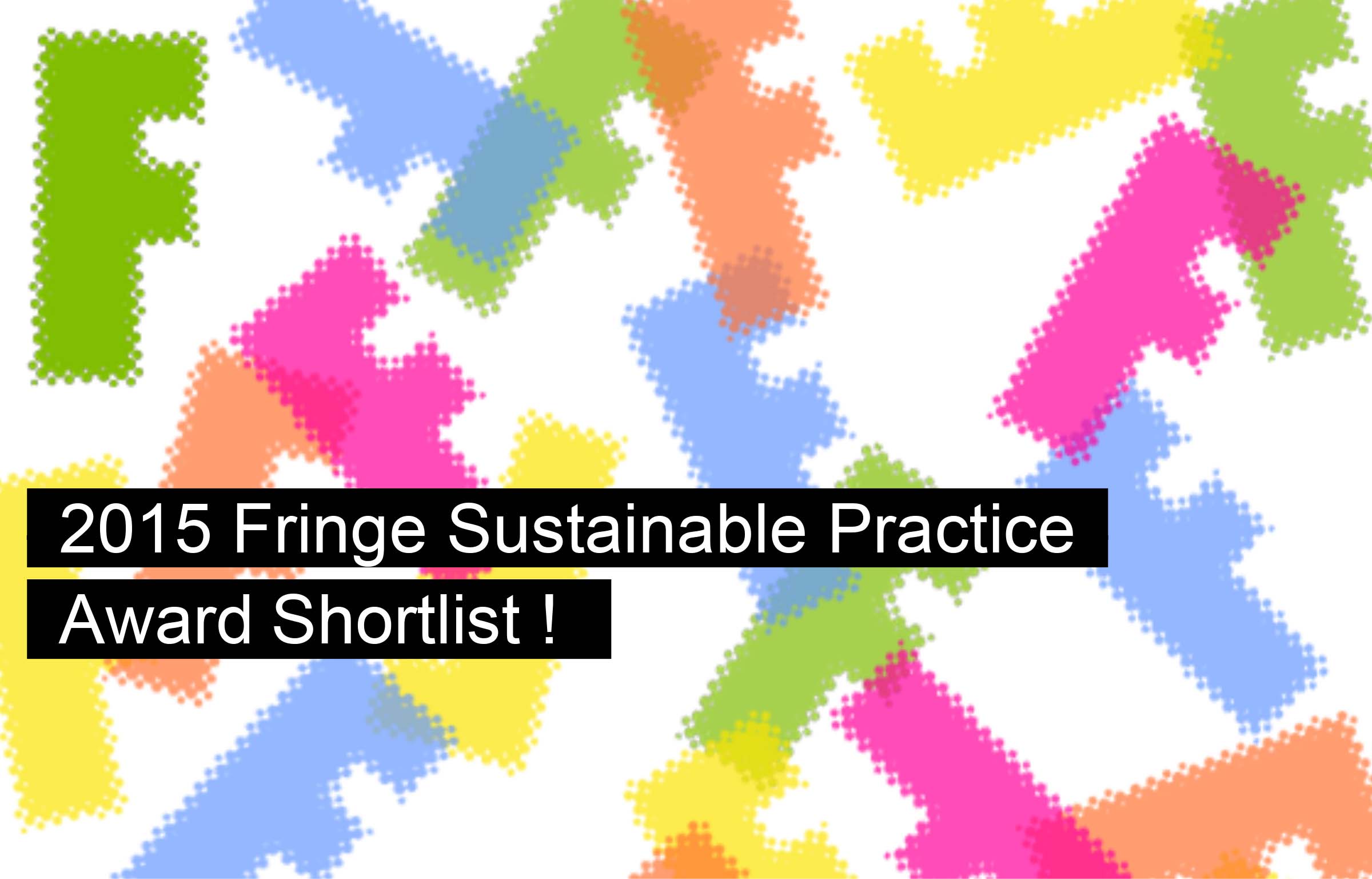 We are very excited to announce that the following shows have made it onto the shortlist for the 2015 Fringe Sustainable Practice Award! 21 shows from across the Edinburgh Festival Fringe have been selected, based on their sustainability efforts so far.

The shortlisted shows are:

These acts have been chosen because of their use of form, content or framing to engage with the social, economic and environmental faces of sustainability. From overarching social sustainability themes through to natural outdoor sets we think we’ve captured it all!

The next step of the award will see judges attending shows to assess how they exist in the real world.

Our blogger in residence, Kitty Dutton, will also be attending and reviewing shows throughout the festival so for more information on sustainability across the summer Edinburgh Festivals be sure to check on the #GreenFests webpage.

The shortlist is also published online by The List, our media partner, and shortlisted productions will be highlighted in subsequent List festival editions. The 2015 winners will receive a special feature and coverage in the Center for Sustainable Practice in the Arts’ Quarterly Magazine.

This years 2015 Fringe Sustainable Practice Award winner will be announced at a ceremony at Fringe Central on Friday 28 August. Come join us to celebrate all of the applicants of this years award and to be inspired by shows addressing sustainability in the 2015 Edinburgh Fringe!