In About Creative Carbon Scotland 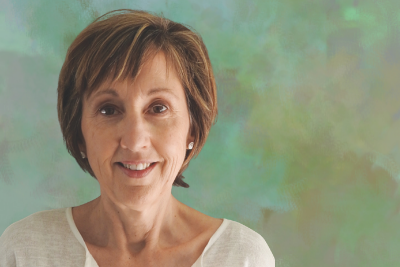 Lynn has graduate degrees in environmental science and economics. She worked in international economics and development for many years, and also has a deep interest and experience in public relations and communications. She is especially interested in engaging diverse stakeholders on complex, multi-faceted issues such as climate change. Lynn loves all the arts but her favourite is theatre; she is a produced and published playwright who has written plays about the climate emergency.

Romane has a background in environmental sustainability (MSc in same from University of Edinburgh), specialising in circular economy and the arts sector. Her interest in the arts comes from playing music at the conservatory of Versailles, competing as a synchronised swimmer for eight years and organising small music events in different parts of the world.

She has experience of initiating and managing diverse projects in international contexts, delivering workshops on climate change in France and the UK, and coordinating cross-cultural teamwork. She is also a member of the Education Interest Group at the Environmental Peacebuilding Association (a non-profit that brings together an international community of academics and practitioners on issues related to the environment, conflict, and peace).

In her role at CCS, she leads our Green Arts Initiative facilitating a community of cultural organisations to reduce their greenhouse gas emissions and support the Edinburgh Festivals in their ambitious strategy to reach net-zero. 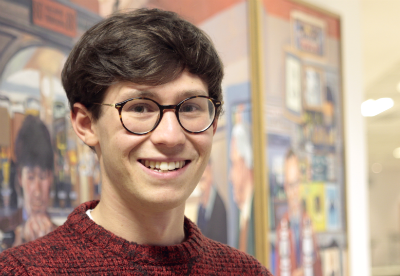 Lewis joined Creative Carbon Scotland in July 2019. His background is in classical music, working as a composer of chamber music and opera as well as teaching music in universities. Prior to joining Creative Carbon Scotland, he worked as a teaching assistant at Glasgow University after completing a PhD in music composition at King’s College London.

He also has a background in environmental campaigning with groups including Fossil Free, Divest Parliament, Friends of the Earth, and BP or not BP and has experience of lobbying decision makers, writing briefings, organising gatherings, and building networks.

His role at Creative Carbon Scotland involves running the project Climate Beacons for COP26, managing the Green Tease events series and network, researching and writing articles for the Library of Creative Sustainability, advising and supporting artistic and sustainability practitioners, and developing collaborative projects between the arts and environmental sectors. 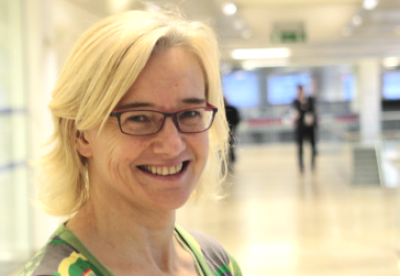 KD has an eclectic background, starting her career as a children’s television presenter before working for a number of years in theatre in education as an actor, writer and director. A change of direction took her into copywriting, a path which has evolved into many connected roles, such as online manager, web editor, head of marketing communications and proposals editor. Her work has encompassed the charity sector, construction, the NHS, corporate consultancy and the arts. 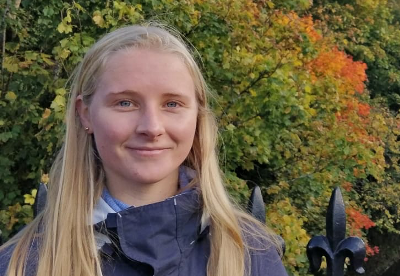 Emma joined Creative Carbon Scotland in October 2020 as a collaborative doctoral researcher, in association with the University of Glasgow.

Emma has an interdisciplinary background and recently graduated with an MSc in Marine Science and Climate Change. Her dissertation assessed place-based attitudes and attachments towards the marine environment to help inform local governance practices. Previously, Emma worked as an environmental policy advisor in the West Midlands, collaborating on cross-silo strategies to advance natural capital and air quality plans for the region. Over the next three years, Emma will be developing an open-access framework to evaluate the success of arts-based interventions across the culture/SHIFT programme. Gemma has a background in sustainable development and art history, specialising in creative participatory practices. With CCS since 2012, she has managed and produced a range of projects focused on the development of artistic practices in Scotland in relation to climate change, driving CCS’s culture/SHIFT programme to develop the active role of Scotland’s arts sector in the transition to an environmentally sustainable society. Her experience includes curatorial practice, designing and delivering events that build links and collaborative projects between the arts and sustainability sectors, and facilitation skills. She is an alumni of the Common Purpose Sky Blue Leadership programme and is also a trustee of environmental puppet company, Puppet State Theatre. 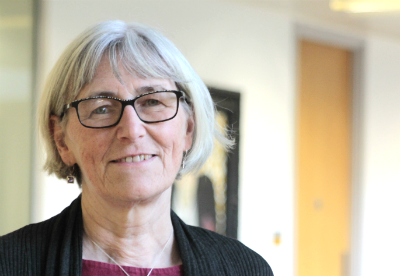 Fiona joined Creative Carbon Scotland in March 2014 as an experienced project manager and engineer with recent involvement in the fields of renewable energy and energy efficiency. She has been working with arts organisations all over Scotland, running workshops and meetings from Shetlands to the Borders to help Green Champions to record the emissions impacts of their activities.

Using data gathered from Creative Scotland’s group of regular funded organisations she is continuing to develop a detailed picture of the carbon profile of the performing arts in Scotland. With the co-operation of many organisations she has used this knowledge to develop resources, including claimexpenses.com,  to support artists and arts organisations to identify and achieve carbon emissions reductions and realise their sustainability ambitions. 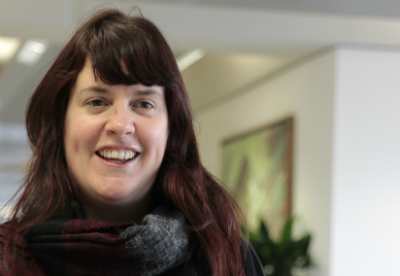 Caro joined Creative Carbon Scotland in June 2019, having previously worked for the organisation from August – December 2018. In her role as carbon management planning officer, she primarily supported Creative Scotland’s RFOs with the development of their carbon management plans. In December 2021, Caro stepped into the interim Green Arts manager role and applied successfully to the role in March 2022.

She has an interdisciplinary background including seven years’ experience in higher education sustainability, working with staff and students to develop and deliver programmes and projects for a socially responsible and sustainable university.

She also works as a musician, choir leader, and songwriter, with a particular interest in singing for health and experience across a variety of community and professional arts settings. 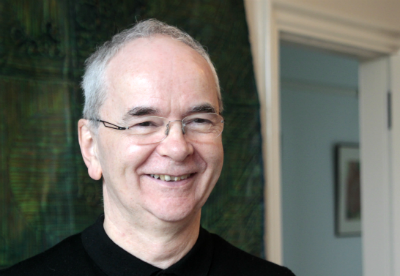 Ben has been director of Creative Carbon Scotland since 2011, combining over 25 years’ experience of producing events and running permanent and temporary venues in the cultural sector with an MSc in Carbon Management and a doctorate in applying complexity theory to social systems in order to bring about more sustainable social practices. He has developed CCS into a leader in both technical support for cultural organisations in carbon management and climate change adaptation, and developing culture’s influencing role in addressing climate change. He has accordingly been asked to speak about this work to groups from Salzburg Global in Austria via the ArtCOP Professional workshop in Paris to the Glasgow Life Green Team Awards and the Sustainable Scotland Network annual conference.

As a theatre director and producer he was the associate director at the Traverse Theatre in Edinburgh and artistic director at Manchester’s Contact Theatre. He ‘revisioned’ Contact to prepare it for the 21st century and he led the restructuring of North Edinburgh Arts to bring it out of a financial crisis: both are now thriving organisations. As Chair of the Scottish Arts Council Lottery Committee he facilitated and supported organisational change with many cultural organisations and led the distribution of over £150m of National Lottery funds, mostly to capital projects. He has directed theatre and music theatre as a freelance across the UK, Europe, North America and New Zealand. He was Chair of Scotland’s leading chamber classical music group Hebrides Ensemble and Vice-Chair of the Theatres Trust and the Edinburgh Sustainable Development Partnership. 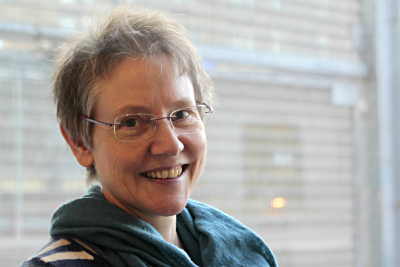 Alexis joined Creative Carbon Scotland in May 2016. As well as her skills in planning and setting up effective work practices, Alexis brings to the organisation her 25 years of experience in developing and implementing public sector strategies and policies ranging from the European Union to sustainable development. Of particular benefit for Creative Carbon Scotland’s future plans are her knowledge of successful EU funding applications and performance assessment frameworks and reporting mechanisms for strategic sustainability activity.