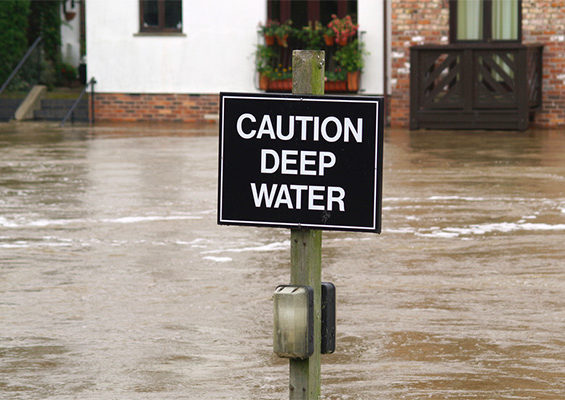 Less than a week after the Brexit vote, we learned this morning that the UK Government has committed to a …

Less than a week after the Brexit vote, we learned this morning that the UK Government has committed to a fifth carbon budget, which would reduce greenhouse gas emissions by 57% by 2030 against the 1990 baseline as part of the overall aim to reduce emissions by 80% by 2050. This would seem to go some way to allaying earlier fears that leaving the EU would mean a dilution of the UK’s commitments in this area. What does Brexit mean for environmental sustainability and action on climate change? And why are the arts crucial to this conversation?

First, we must recognise that in some respects Scotland is separate from the rest of the UK: we have our own Climate Change Act, separate plans to achieve the emissions reductions and separate adaptation plans. But much of our work here is tied up with that of the rest of the UK and the EU. We import from and export electricity to England, which may well come from continental Europe via interconnectors. Our Climate Change Act is ‘nested’ within the global Kyoto Protocol and the EU ‘bubble’. And Scotland has no official role in the UNFCCC climate change structure that delivered the Paris Agreement last December at COP 21: we’re part of the UK (at least currently…), which itself is (currently) part of the EU bubble.

But legislation and targets are one thing – what measures a country actually takes is another. The recent trumpeting of Scotland’s success in ‘exceeding’ its carbon reduction target for 2020 six years early masks the fact that as well as a warm winter and reduced industrial activity, much of this success in 2014 is down to a technical issue relating to how carbon credits across Europe are counted within our own calculations. On the same day that the UK Government committed to the new target, the UK Climate Change Committee warned that it lacked the policies to ensure that it meets it. It hardly seems likely that a new UK Government opposed to red-tape (aka useful regulation) and with the administrative and legislative burden of extricating itself from the EU will have the desire or the time to effect more radical carbon reduction policies.

There is however, perhaps more room for optimism in Scotland despite the Brexit vote. The Scottish Government has responsibility for meeting its own world-leading target. Regardless of the ‘success’ of 2014, the third Report on Policies and Proposals (RPP3, as it’s known) to be published later this year will aim to identify how both currently agreed policies and those proposals will add up to achieve future carbon reductions. And it’s here that I find the chink that lights up my Brexit gloom.

From any major change come both good and bad outcomes. Can we take the opportunity of the current uncertainty to make sure that preparation begins for a sustainable future in a world much changed by the effects of climate change? I’d argue that this is where the arts and culture need to play their part. The Scottish Government is beginning to convene a series of Climate Conversations to help steer and influence the RPP3 and perhaps more widely to consider how life should be in a lower carbon future. Most artists and arts organisations probably don’t know about these and many wouldn’t normally consider that they should be involved. But as Bertolt Brecht is (mis)reported to have said, ‘Art is not a mirror held up to society but a hammer with which to shape it’.

If the arts are referenced in relation to sustainability it is usually assumed that the arts will be better than scientists and others at communicating the facts to individuals, who will then change behaviours and practices to reduce carbon emissions. But providing information is ineffective at delivering change, and it isn’t a job the arts are necessarily well qualified to do. There is talk of the ‘emotional’ capacity of the arts to make concepts such as climate change more meaningful, but even if this works, research shows that simply changing attitudes or beliefs is not enough to change behaviour, let alone deeper ways of being.

The role of the arts that we understand at Creative Carbon Scotland is not one which focuses on individuals, but one which seeks to change ways of thinking at a societal level in order to bring about the transition to a sustainable society. Art is nearly always a collective business of transformation. The performing arts have a collective quality built in, but even when a poem, book or picture is experienced by an individual, the artist has created it in order for more than one person to read or view. Nearly always an artist wants to change the world in some way, even though it may be microscopically: provide a new viewpoint, new knowledge, a new understanding. No artist works hard just to do the same as something that already exists. Equally audiences (including viewers, readers etc) seek to be changed in similar ways. A successful work of art provides that jolt of understanding, even if that is just a re-recognition of an insight we’ve forgotten. Really successful artworks provide new understandings each time we revisit them as each time the audience is, and in the performing arts the interpreting artists are, different.

Regardless of Brexit, and whether or not we achieve the transition to a low carbon future, our way of being in the world is going to be massively changed by climate change. If we are successful we will be living according to values that are not defined by perpetual growth, consumption and disposal – a way of living that is incompatible with a low carbon future. If we fail, the physical, social and economic impacts of climate change will have changed the world we live in. Either way, society is going to need to think in different ways.

Arts venues and the organisations that run them are places where society meets to debate, question and discuss. Let’s be part of the Climate Conversations. We’ll be working hard to ensure that the arts are involved: keep an eye on the Creative Carbon Scotland website for more information.