Home / News / Strategy / Ben’s Strategy blog: Adapting at the scale of the arts

Ben’s Strategy blog: Adapting at the scale of the arts 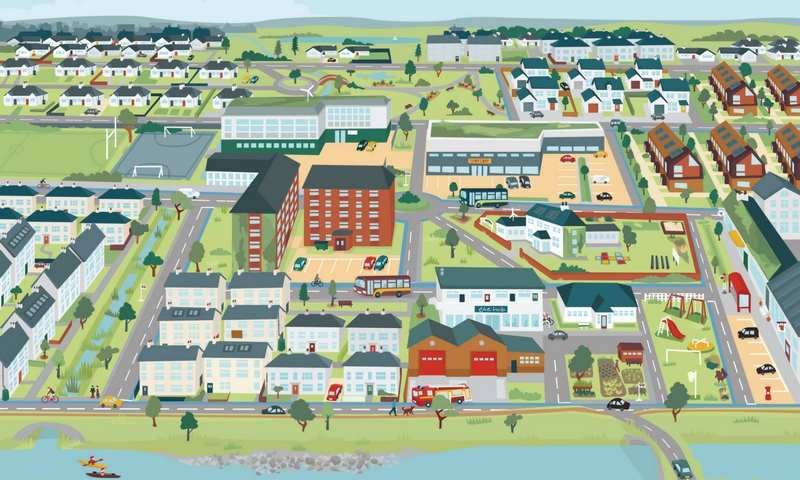 Ben Twist, Creative Carbon Scotland's Director, blogs about the cultural shift towards climate adaptation and the emerging role for the cultural sector.

The Creative Carbon Scotland team spent an afternoon in January working with Sniffer and Adaptation Scotland thinking (and in our case, learning) about climate change adaptation. The aim was to develop our ability to provide advice to cultural organisations that want to get ahead of the curve and start thinking about adaptation to the impacts of climate change.

I’ve written in other blogs about the change of emphasis in climate change circles that started after the 2009 climate change conference in Copenhagen, but really came out in the Paris conference in 2015 and resulted in the Paris Agreement. One of the reasons for the ‘failure’ of Copenhagen (I put that in inverted commas because I’d argue that the breakthrough that was supposed to happen there was never a possibility and the arguments at Copenhagen actually laid the groundwork for the next stage) was that the mostly white, Western, climate change world was thinking and working in a carbon reduction bubble. It wasn’t listening to those from the majority (ie mostly global south, poorer, not-white) world who were calling loudly for help to manage both the adaptation to the impacts they were already experiencing and the challenges of charting a low-carbon route to the development their countries desperately needed. The Paris Agreement at least begins to consider this alongside the carbon reduction issue – and not a moment too soon, as the impacts of climate change are already apparent in the minority world. We’ve seen it in Scotland most obviously with flooding, but the UK’s growing season – when it’s warm enough for plants to grow – has lengthened by a month since 1961 (and I think it may be six weeks in Scotland).

Anyway, adaptation is now very clearly on the agenda. And although the focus in the west is nearly always on adaptation to the direct impacts of climate change, the majority world’s questions about what it will mean to be living in a world that is net zero- or even negative-carbon are just as pertinent here. As I’ve argued before, our relationships with energy, our neighbours, our diets, our landscapes, travel etc will all have to change over the coming years. A zero-carbon society won’t be like the one we have today, and we’re all going to have to adapt to that.

Much of the work done so far on adaptation has been on the large scale: big public entities like local authorities and health trusts, which have large estates and responsibilities to keep things going in a crisis; infrastructure such as the rail or road networks; large companies with international supply chains. But increasingly, as with carbon management, the focus is going to move to the smaller scale. Already we have seen the impacts of flooding on communities, homes and small businesses. And this is where the cultural sector fits in: nearly all the organisations are small-medium enterprises that will be affected by our changing climate; all have relationships with individuals and communities that will need to adapt. 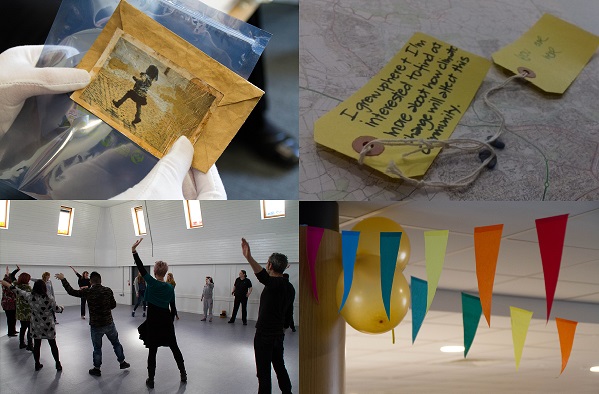 We haven’t finished our thinking about what adaptation means for the cultural sector yet, but a few things are getting clearer. In a technical sense, adaptation work may fit into cultural organisations’ Boards’ thinking about the medium-term risks expressed in their risk registers. These may include issues such as damage to buildings or losing performances (or even whole festivals) because of severe weather events, which will become more common as climate change kicks in. More forward-thinking Trustees will also start thinking about how to mitigate the risk to the whole business plan: changing patterns of touring, moving to indoor sites, investing in different equipment, moving to a more resilient building. Our session with Adaptation Scotland looked at some of the materials available and methods that are already being used elsewhere that we can adopt and adapt to help the cultural sector. We’ll be working on this in the coming months before we roll out a programme of support.

What we didn’t discuss in the session, but I’m keen to work on, is two-fold. First it’s the shifting up a gear from thinking about adaptation to thinking about transformation: how we build a society that is not dependent on limitless energy, not based on limitless consumption, not predicated on endless growth. This is of course a much more ambitious task than simply adding a couple of items to the risk register. And so second, it’s the role of artists and the arts in assisting this transformation: imagining those different potential futures; exploring and interrogating them in thought experiments; involving audiences and communities in debating and shaping responses and policies.

Creative Carbon Scotland’s work over the next few years will aim to help the cultural sector in both of these areas. We’ll be developing a basic, probably risk register-based approach to climate change adaptation for cultural SMEs. But we’ll also be developing our culture/SHIFT work on adaptation, encouraging cultural organisations and practitioners to think about how they can invigorate the national debate about the society we want to make. Our Cultural Adaptations project is part of this (or will be if the EU’s Creative Europe programme gives us the thumbs up); our work with Aberdeen Adapts is another example. We’re looking for more opportunities, so if you’re working in adaptation, or you’re in the cultural sector and want to get involved, drop us a line.