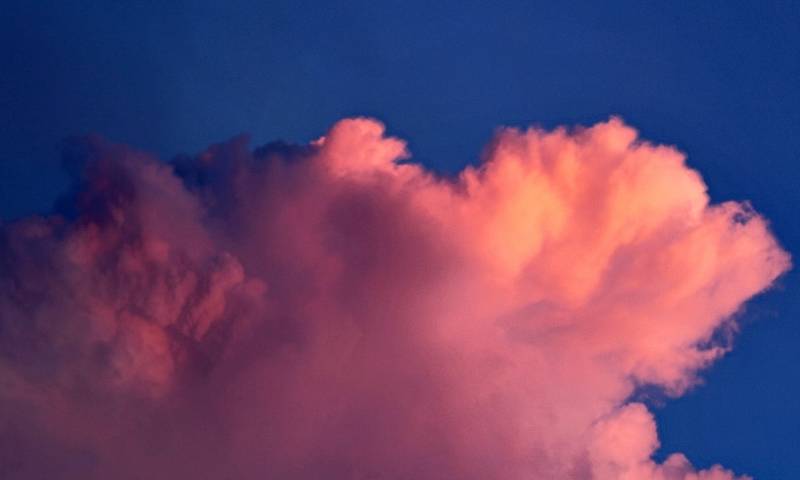 In the light of the climate change bill currently going through the Scottish Parliament, which makes clear that every part of Scottish society and business will need to radically reduce its carbon emissions, one of our Board members asked whether our work could be useful in other fields with lots of small-medium enterprises. We've been very successful at getting the arts climate active. Could Creative Carbon Scotland’s work with the cultural sector be a valuable model for others to apply elsewhere?

Well, for a start, change by individual organisations is very difficult

One of the things I learned from the research for my PhD was that individual behaviour change doesn’t really work. Individuals – and for that matter organisations both small and large – operate within a complex web of factors that hinder change. Individuals are prone to habitual behaviours that are very hard to shake off: just move the bin in your kitchen and see for how long you go to the wrong place. Organisations have the same problem: they very often do things just because that’s the way things are done and the friction caused by making changes is difficult to overcome. And both individuals and organisations are influenced by others that set certain rules or dictate (sometimes in the nicest possible way) how we do things. As a theatre director I was aware that how I behaved in the rehearsal room affected everyone else: if I was stressed and rushed, we all would be, but if I was relaxed (or at least acted so!) we would all work better. But often there are more overt influences: we have to submit reports to everyone from auditors to Boards that measure particular things, so we work to achieve those targets. If Triple Bottom Line reporting became standard even for the small limited company reporting to Companies House, sustainability would have a much higher profile.

As we were developing Creative Carbon Scotland, therefore, influencing the structures within which cultural organisations work was an important part of the plan. We continue to work with individuals through our Green Tease programme (aimed mostly at artists and individuals working in sustainability), and through our Green Arts Initiative, which provides a network and support system for individual Green Champions in over 220 cultural organisations. We focus on organisations through the Green Arts Initiative and through our Carbon Management work. But our work with structures and the bodies that shape them has recently taken some important new steps.

We’re gearing up to continue last year’s work with Creative Scotland, which one way or another shapes the world within which many arts, screen and creative industries organisations work. Our work will focus on the requirement for 121 organisations that receive Regular Funding (ie subsidy for a period of three years, to allow for planning and stability) to develop and implement Carbon Management Plans. Each organisation has identified a project to reduce emissions from its main source for the current year – as many cultural organisations have rather ‘lumpy’ carbon profiles that can vary widely depending on their programme of work, this is more appropriate than seeking an across the board reduction. This programme is itself aligned with the 2009 Climate Change Act’s Duties for Public Bodies, demonstrating how structures influence behaviour.

This year Creative Scotland and we are encouraging the officers who manage the Regular Funded Organisations’ (RFOs) relationships with the funder to attend workshops alongside senior staff from the RFOs themselves. We’re building on training last year when we worked with the RFOs and the officers separately. This time by bringing them together we want to help each group to understand the challenges involved in achieving the carbon neutrality by 2045 target set by the Scottish Government and the even more stretching zero-by-2037 target set by Glasgow and Edinburgh City Councils, all reinforced by the the IPCC’s SR1.5 report last year and the more recent report from the UK’s Committee on Climate Change. These targets mean that both RFOs and Creative Scotland need to move on from doing ‘business as usual but lower carbon’ to fundamentally reviewing what arts organisations do as well as how they do it.

Meanwhile we have helped the City of Edinburgh Council’s Cultural Service to align their grant funding conditions with those of Creative Scotland as their contribution to the city’s work on reducing its carbon emissions. For the first time any organisation receiving a regular annual cultural grant will be asked to develop and implement their Carbon Management Plan, or if, like the main Edinburgh Festivals and the RFOs, they already have one, to allow us to share their information with the Council. We’ll be providing free training to organisations new to this work and supporting the Council officers in their analysis of the data. I think this plan is so far unique among Scotland’s local authorities, just as Creative Scotland’s Carbon Management Planning is, we think, a world first. Other local authorities – feel free to join the party!

At an earlier stage, Screen Scotland the new unit that supports film and TV production, recently issued a tender for some research to look at how their funding schemes and the facilities they support can be used to increase the environmental sustainability of the industry in Scotland. We’re working with colleagues in Ireland on developing support for Irish cultural organisations which want to improve their environmental performance. And we’re working with Adaptation Scotland on a couple of projects. Our Creative Europe project Cultural Adaptations will help develop guidance for cultural SMEs on adapting to the impacts of climate change and both it and another culture/SHIFT project in Levenmouth include work which aims to change the thinking within organisations working on adaptation. Each of these examples is about achieving change at scale by intervening at a higher level.

Can we help others?

All this effort leads to that Board member’s question: can we use our experience to export this approach to other sectors? The organisations we work with are nearly all SMEs and many are micro-enterprises, and for the most part climate change mitigation and adaptation work has focused on larger entities, but there may be many other SME groups that could follow our example. Arts organisations often think they are unlike others, but sports organisations share similar characteristics: voluntary or non-profit status, unusual buildings used intermittently but very busily at times, lots of travel by audiences or teams/participants, loyal audiences that are attracted and retained by emotion and values as much as market considerations.

For example, the guidance that Adaptation Scotland provide is good but generic, and when we tried it out on a group of cultural managers they had plenty of ideas about how to make it more relevant not only to cultural SMEs but SMEs in general. (Stop Press: Funnily enough, the very good new Capability Framework that Adaptation Scotland has just produced for the Public Sector I think partly helps address this issue, although it’s aimed at much larger bodies.) We’ll be helping Adaptation Scotland to apply this learning but could we also be helping others? At our Green Arts Conference last November attendees from the Scottish Government were impressed by how we’d achieved a level of engagement and knowledge that would be the envy of their colleagues working with other sectors with no obvious connection with the world of climate change.

We’re lucky to work with a small and coherent sector that has a quango subsidising it, meaning we can use the lever of funding to get engagement, but the Green Arts Initiative – more than 220 member organisations and growing – is a voluntary scheme which is not connected to funding, suggesting there are other reasons for participation. We have been supported by Creative Scotland from the beginning, and in return we’ve helped them deliver on their duties under the 2009 Climate Change Act. Their foresight has prepared the sector well now that the climate crisis is really taking hold and significant change is fast approaching. And I think our background in the arts provided a level of trust – a trust which we work hard to maintain.

It seems to me as though we have a lot to offer others who need to engage their sectors in addressing the climate crisis. Let me know where you think we could help.