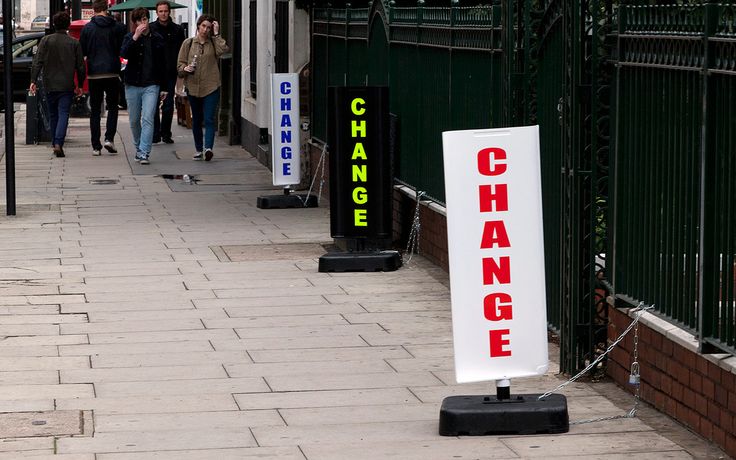 Last week we met for our fourth Green Teas(e) at GoMA for tea and biscuits and to build on the discussions had at the last meet, the aim of which was to identify some of the characteristics that might make up a sustainable Glasgow and cultural sector.  Once more we had an exciting gathering of folk from across the arts and sustainability organisations in Glasgow including artist Nic Green, Steve Taylor, Festival 2014 Sustainability Manager, Ailsa Nazir and Claire Ferguson from CCA, and Fiona Sinclair from NHS and the Art in the Gart Programme.

This time we wanted to find out from the group what these characteristics would look like in concrete terms.

To set the cogs in motion artist Ellie Harrison told us about how she has come to embed environmental sustainability within her artistic practice, not just in terms of content but also her approach to making work. She spoke about the conflict she experienced as being a maker of ‘stuff’ and sometimes ‘pointless objects’ and her desire to live more sustainably, but also the useful skills that artists have including the ‘ability to innovate and change’ and ‘arrogance and self-belief’. Much of her work now focuses on political activism and campaigning including projects such as ‘Bring Back British Rail’ which lobbies for public ownership and availability of cheap public transport.

We also heard from Katie Bruce, Producer Curator at GoMA, about a new ‘Associate Artist’ project starting at GoMA this year in which an artist will be selected to work with gallery staff to challenge existing structures and explore new ways of working with the ambition of building stronger internal capacity for collaborative, participatory working practice, which make a difference to GoMA’s carbon footprint.

This model of the artist as researcher and catalyst of change within an organisation can be seen as a micro-level equivalent to our ambition of Green Teas(e) through which we aim to create new ways of working within the cultural sector which in turn influence a more sustainable Glasgow (and vice versa).

Looking backwards from 2020, we asked what the above characteristics might look like in a sustainable Glasgow. We split off into groups and came up with the following points…Note that the language and concepts and quite technical, complicated and sometimes difficult but that was the nature of the discussion.

Some crosscutting themes which linked all of the characteristics were identified, including:

The concept of ‘strong leadership’ was challenged here as adhering to dominant models which typically favour more ‘masculine characteristics’. However, it was also agreed that leadership is important in creating space for and empowering others to develop their own agency. Fiona Sinclair from Art in the Gart and NHSGGC Mental Health North Western spoke about the disempowerment of individuals that can exist in large organisations such as the NHS and the need to create spaciousness, whether in terms of staff time or the ability to be critical and reflective,  which might begin to instil a great ‘consciousness’ of sustainability. There was also concern around the term ‘norm’ in relation to cultural diversity in which different forms of and approaches to achieving a sustainable city was favoured.

2. Increasing the transparency of the trade-offs and complexity of decision making

Here it was discussed that the scale at which decisions are made needs to be appropriate to the scale of the issue, i.e. creating local and city-wide subsidiarity (the devolution to the lowest appropriate level of decision making) which the public have trust in through a transparency in the decision making process and why decisions have been made. This also links to the agency and empowerment at grassroots level up.

3. Education playing a key role not only in increasing awareness but engaging people in a way that does not ‘impose’ or ‘withhold’ the ability to live more sustainably

We talked about creating a ‘new department’ within government, local authorities and other organisations which specifically deals with education and sustainability. In a broader sense, this concept of the ‘new department’, whether that’s new ways of working or new space given to embedding environmental sustainability into everyone’s consciousness, could provide a model for creating a more sustainable society. This links to Elinor Ostrum’s polycentric approach to environmental protection “where key management decisions should be made as close to the scene of events and the actors involved as possible” (relating back to subsidiarity and agency again). The same could be applied to education and decision-making, where diverse nodes of activity are enabled to grow across different areas of society and eventually link up with one another.

The need to create local currencies which feed into more local economies as well as developing a cradle to cradle system of resource use were agreed on as important components of a closed loop economy. In order to reuse and recycle our resources we would also need to develop a varied skill set which enables us to re-make, adapt and mend the stuff around us, thus combating the obsolescence currently built into many of the things we own.

These quite technical descriptions aren’t particularly art-focused and so the job for the next Green Teas(e) is to think about how the arts help achieve these various characteristics of a sustainable city.