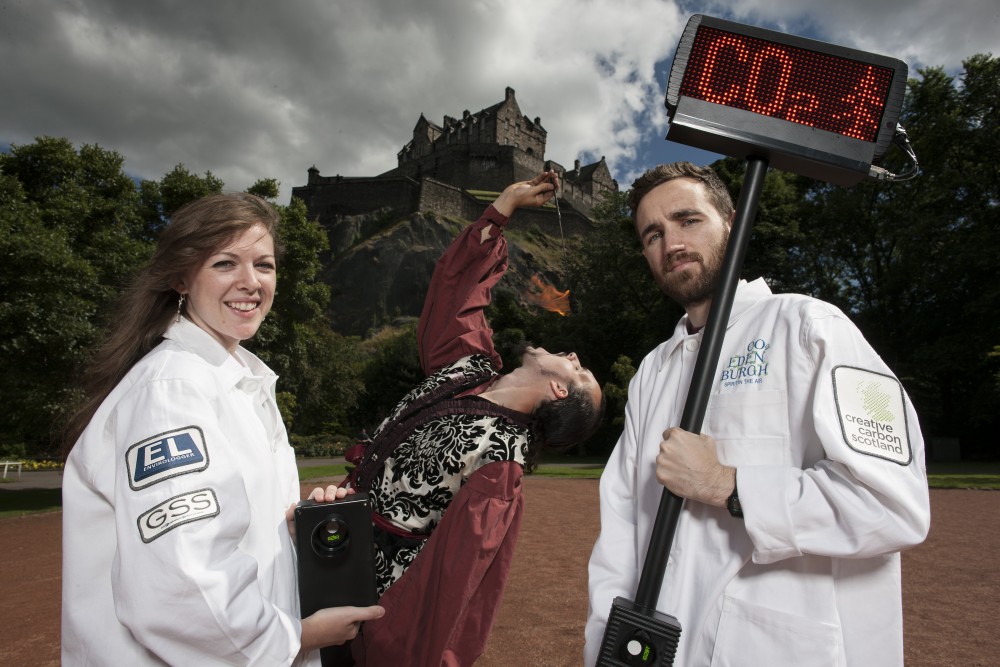 Two people in white protective suits with a fire breather behind them and Edinburgh Castle in the background.

A few weeks on from the festival and the CO2 Edenburgh project we thought we'd take the chance to reflect upon our time at the Tent Gallery. For those of you who didn't make it along to the exhibition or discussions this should give you a sense of what went on.

What did we do?

For the duration of the exhibition Creative Carbon Scotland moved their office to the Tent Gallery to invigilate the exhibition and make the most of the public presence of CCS during the festival.

What did we achieve?

Having reflected upon the project, we feel that one of the key achievements has been to establish CCS as a more public-facing organisation as well as rooting the organisation more firmly in the space of arts and sustainability. We feel the discussions were a big success, serving as an important platform for bringing together individuals and organisations in our area of work and binding the different elements of the project through the exploration of some key themes.

Here are some key points from the discussions

Discussion 1: Bringing the emotion of the arts to bear on the rigour of the sciences

Discussion 2: Art, technology, activism and knowledge in the age of climate change

Discussion 4: Going beyond the material: Environment and Invisible Forces in the literary, performing and visual arts