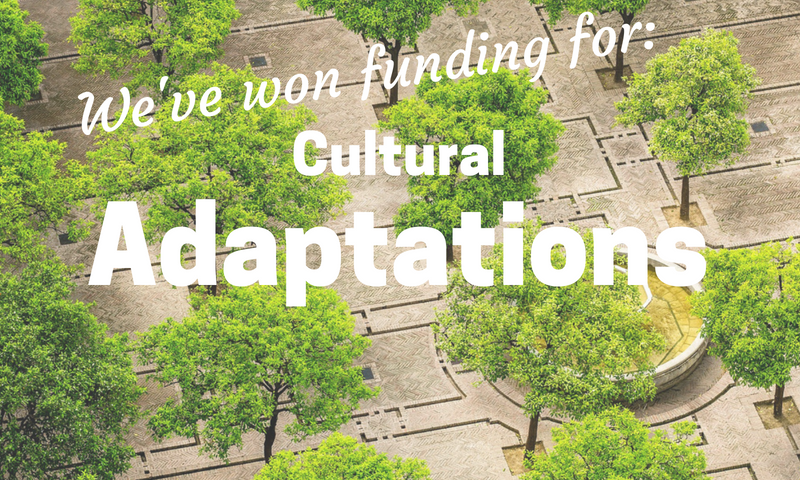 Cultural Adaptations is a Creative Europe funded project led by Creative Carbon Scotland with partners in three EU countries, on culture’s role in society’s adaptation to climate change, and the adaptation issues that cultural organisations need to think about.

“Creative Europe’s support for “Cultural Adaptations” will allow Creative Carbon Scotland to partner with some of the most forward thinking cultural and climate change organisations in Europe on an innovative response to the task of adapting to the impacts of climate change, one of the greatest challenges and opportunities of our day.”

Cultural Adaptions was one of 84 projects funded out of a total of 401 applications in a highly competitive funding round. Creative Carbon Scotland is one of four projects being led by Scottish partners – with other projects being hosted by Scottish Baroque Ensemble, Imaginate and North Lands Creative (the latter both Green Arts Initiative members!)

Cultural Adaptations will get underway in October 2018 and run until March 2021.

The project focuses on culture’s role in society’s adaptation to climate change, and the Adaptation issues that cultural organisations themselves need to think about. Four cultural organisations will explore collaboratively how this approach can work in countries with similar climate challenges but differing socio-political frameworks. Each Cultural Partner is working with a local Adaptation Partner on the project. In Scotland we will be working in collaboration with our adaptation partner Sniffer and the Climate Ready Clyde initiative on:

The project will also benefit from support and involvement of ICLEI (International Local Governments for Sustainability network) as a ‘dissemination partner’ who will attend, participate and spread the word and the Scottish Government’s Climate Change division committing significant support for the project conference.

Do you want to be kept informed about:

Find out more on the Cultural Adaptations project page.