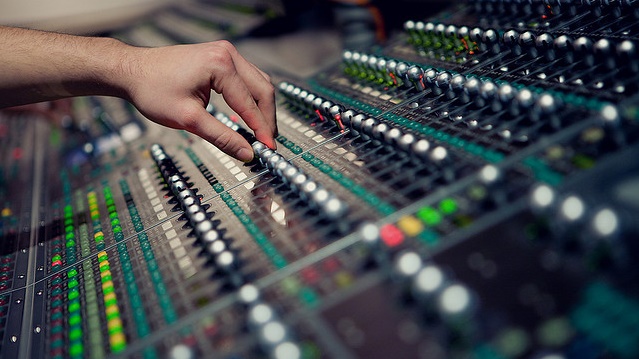 The film and television industries are some of the biggest in the world. But what are the environmental impacts of such big business? And what is being done to minimise these?

This June Creative Carbon Scotland hosted the event ‘Going Green: Good for the Screen’ at the Edinburgh International Film Festival to tackle such questions. Ben Twist, director of CCS, along with guest-speakers Aaron Matthews, Industry Sustainability Manager at BAFTA, and Mairi Claire Bowser, from ethical set-management company Drèsd, discussed the environmental challenges facing the industries and the tools and resources that are being developed or which need to be developed for these to be overcome.

With limited budgets (especially in television), speed is of the essence and cost and convenience are the name of the game. Transport is done as easily as possible, regardless of emissions; sets and props are often discarded into landfill (as storing costs are so high); power is provided by fossil-fuel generators. Environmental concerns get left by the wayside.

Fortunately, this is starting to change. Aaron Matthews has been working on the development and uptake of Albert, a free carbon-calculating tool tailored to film and screen productions. Used at the pre-production stage, it takes only 20 minutes to complete and clearly identifies major sources of emissions, and hence key areas for carbon reduction.

The four major UK production companies (BBC, ITV, Channel 4, and Sky) were involved in its development, which required a level of openness and data-sharing not usually seen between rival organisations: a refreshing example of the common good being placed above personal interest. They’re also ensuring its uptake: the use of Albert is now a compulsory stage in pre-production at Sky, and will soon be at the BBC also. This will hopefully achieve the aim of normalising sustainability concerns and integrating them into standard practice.

Whilst the knowledge provided by Albert is necessary for effective action to be taken, it is not sufficient. It’s important that productions are supported and facilitated in greening their activities. To this end, Mairi Claire Bowser argued for the creation of a central sustainability hub in Scotland. This would be THE go-to place for questions regarding material resource reuse, energy and carbon management, water stewardship, etc.

It could also provide training to bring productions up to speed on sustainability issues, as well as facilities such as low-energy set and prop storage, and the centre for creative re-purposing and innovative recycling. This will save lots of material from landfill, whilst also preventing further resource exploitation when the sets and props have to be remade. Such a base would have social and economic benefits too as smaller productions, such as student and indie films, could benefit from the greater resources available to larger productions. The wealth could be shared.

Collaboration and communication are key if a central sustainability hub is to be created, and at the moment it is very much at the ideas stage. However, as we have seen with Albert, such collaboration is possible provided there are enough people with the will to make a difference. And such people are certainly around, as positive changes are beginning to be seen across the industry. A few example include:

The film and screen industries have a long way to go, but tools such as Albert and a Central Sustainability Hub have the potential to make a big difference. As do members of the audience, which included filmmakers, students, and members of Screen Academy Scotland and Creative Scotland who we hope found the talk enlightening and thought-provoking.

For more information about resource to improve sustainability in the film and television industries please click here.

To find our more about green festival initiatives follow our summer #GreenFests blog!