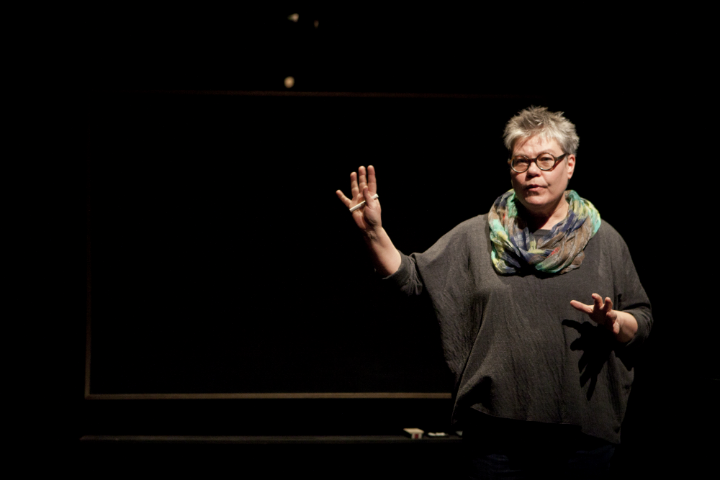 "Our ocean is in crisis and it's endangering life on earth", writes Canadian Science Journalist, Alanna Mitchell

I passionately believe in the value of democratising information. There’s all this great information that’s locked away in scientific papers. Many people have a hard time getting at it. But because I’m a journalist – keen to ask scientists even the dumbest questions – I’ve caught a glimpse of what they’re telling us. My task is to tell you.

It’s an astonishing story. Today, we are at a unique moment in human history. Our species – and our species alone – has the ability to determine the fate of the creatures on the planet. It’s a do-or-die moment. The story of the planet will either go one way, or it will go another, based on what we do.

The thing is, the end of our story is not set. We still have the chance to make things better.

That’s not to say it will be easy. As I’ve travelled the world with scientists over the years, they’ve told me what they’re finding out. It’s their stories I tell you in my play Sea Sick, based on my book, Sea Sick: The Global Ocean in Crisis, published in 2009, and winner of the 2010 Grantham Prize for excellence in environmental journalism.

The short story: The ocean is becoming warm, breathless and sour. In turn, that’s endangering life on earth as a whole.

It took me a long time, and a lot of journeys, to put the story together. In the play, we go together on those journeys once more to find out what the science is telling us. It will be terrifying. It will be fun. And sometimes hilarious. Scientists, being the amazing people they are, are never boring. They embrace the messiness of our species and what we’ve wrought on the world. They even honour it.

My journeys took me to places I never thought I would go. To the bottom of the ocean off the Dry Tortugas between Florida and Cuba – part of the planet no one had ever seen before. But also to psychological and emotional depths I never imagined. And finally, to a place of philosophy – even hope.

Sea Sick is at the Edinburgh Festival Fringe 2019 until 25th August.

Presented by The Theatre Center in association with Summerhall and CanadaHub.