Guest blog: Film production in the time of COVID 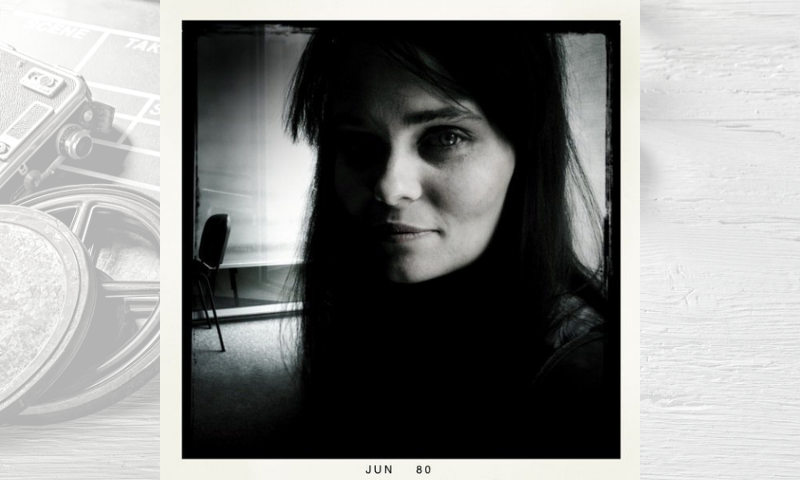 In this guest blog, filmmaker Janine Finlay tells us about adapting her production process in the face of a pandemic while working as an embedded artist with the Decoupling Advisory Group established by Zero Waste Scotland.

Storytelling is ultimately heroes and villains, rises and falls. During the pandemic we’ve had all of these things – but, as a filmmaker, how much do you use a huge world event like a pandemic as part of your narrative arc without it overshadowing the main directive of a film? And how do you make the film itself when business as usual is unlikely to resume in the near future?

The Decoupling Advisory Group (consisting of a variety of academics and thought leaders) was formed to analyse the challenges associated with ‘decoupling’ economic growth from the wider negative environmental and societal impacts of resource production, consumption and waste in the context of the climate emergency in Scotland. I was brought on board as an embedded artist, to work with Zero Waste Scotland and Creative Carbon Scotland to produce a film to inform stakeholders and ultimately to create conversation. The beginning of the group happened to coincide with the beginning of the COVID-19 pandemic presenting a unique ‘pause’ on business as usual and a window of opportunity for the participants in the advisory group to consider how Scotland might move through this and come out the other side in better shape. It was also an opportunity for me to think beyond the normal modus operandi for film production.

Decoupling is not a term most people have heard of – I certainly hadn’t before joining the group. It refers to the ability at which an economy can grow or prosper without corresponding increases in energy and resource use and environmental pressures. It’s a complicated idea, and so far, has never really been successfully achieved in a tangible way. Very quickly the conversation amongst panel members moved from ‘Decoupling’ to ‘Building Back Better’.  This gave me a much more hopeful narrative to work with and meant I could actually begin to think about ways to demonstrate positive solutions.

Meeting in person and consequently filming in person could not take place at the beginning of the pandemic, unless it was deemed an essential service – news could carry on, and output specific to COVID itself (like short documentaries) could go into production. Whilst under normal circumstances I would’ve been in the same room as all the other panel members, filming discussions, chatting to people and hunting out stories and ideas, I had to quickly come up with a plan to film remotely and get to know participants and characters without meeting anyone face to face.

The first challenge was getting my head around screen recording software for recording online discussions. Filming is all about belt and braces, and so I identified two different types of screen recording software to use across two computers. Zero Waste Scotland was to make a third recording from Zoom and I also planned to back-up audio recording using Audacity. I wrote a technical specifications document (a tech spec!) and set up a test with the group facilitator before any formal meetings. Using all this software at the same time meant Audacity crashed during the test, and so I eliminated that from my plan. Thank goodness fibre came to our tiny remote village in the Southern Highlands just before the pandemic, or none of this would’ve been possible. I also sent a tech spec to participants; initially, I wanted them all to have a blank uniform background but I quickly gave up this idea realising the tapestry of backgrounds and one participant’s ‘broom cupboard’ was actually part of the story. Crucially, I wanted to make sure I could hear participants, so I made sure they were all using their best microphone. (It can be argued sound is more important than pictures in filmmaking – especially when it’s not there – so I didn’t want to miss anything important).

Next, I considered how I might capture events in the participants’ working or home lives that reflected the discussions in the group, so I asked them for their own user generated footage from their mobile phones. A couple of willing volunteers responded and I was supplied with footage of circular economy shops, food bank donations and tree farms!

It was important also to follow how the changing landscape brought on by the pandemic was influencing decisions and outcomes from the group, so I kept up with this by doing sporadic Zoom interviews over the summer. After only a couple of online meetings the group itself very quickly and impressively produced a white paper to share with policy leaders and industry stakeholders, which reflected their discussions called ‘Building Back Better:  Principles for Sustainable Resource Use in a Wellbeing Economy’.

Everyone in the group has approached the white paper from a different perspective. Within the advisory group there are economists, climate change scientists, sociologists, policy analysts, representatives from youth action groups as well as nature organisations – and more. It has been important to me to capture the diversity of the group and all their ideas within the whitepaper, by bringing the words on the pages to life.  The next stage in the project is to follow participants in the real world – I’m interested in what they’re doing in their work and their lives that reflects the concepts of ‘Building Back Better’, as well as the lives of the Scottish population the new measures could influence. Filmmaking has always been an amazing tool to illustrate what’s going on in the real world – decision makers and policy makers often never meet the people they represent or understand how people are affected by their policies. A film can be really powerful in this respect and has an even greater role to play now while people are more confined to their homes.

Right now, I’m in pre-production – setting up potential filming about farms, circular economy businesses, foodbanks, families and housing.  Luckily the guidelines from the British Film Institute and the Scottish Government have allowed filmmaking to go ahead for now, with strict health and safety guidelines. However, COVID-19 has meant my production schedule has become more longitudinal in nature. Because filmmaking is a labour-intensive activity, many documentaries are shot at a ratio of 60:1 or higher. That means one hour of recorded footage equates to 1 minute in a film. Normally, filming schedules are tightly packed days sometimes with multiple locations to save time and money. Now, the filming will likely take place in one location per day, and the days will be spread over a much longer period. Fortunately, the deadline for the film isn’t until next year.

I’m acutely aware I’m not the only one who has been subjected to different ways of working since the pandemic struck. Certainly, the people involved in the advisory group are extremely busy at the moment; they too are responding and reacting to a changing world and landscape. I’ve been really grateful for their willingness to speak with me and give up their precious time. I feel like I’m working with real changemakers – the work the panel members are doing genuinely excites me and I have felt energised and hopeful after hearing what they are doing for Scotland and the wider world. For me this project is about much more than just the film – it’s about my genuine love and reverence for nature, as well as my sense of social justice. These kinds of films are the reason I became a filmmaker. Yes, the pandemic has presented some unique challenges and it’s going to be part of the greater narrative for some time yet. But as a storyteller, it’s a great opportunity to forge change and be part of the solution.

Read more about Janine’s work on her website, Fin Films.