Guest Blog: I CAN’T WAIT TO DRIVE A CAR! 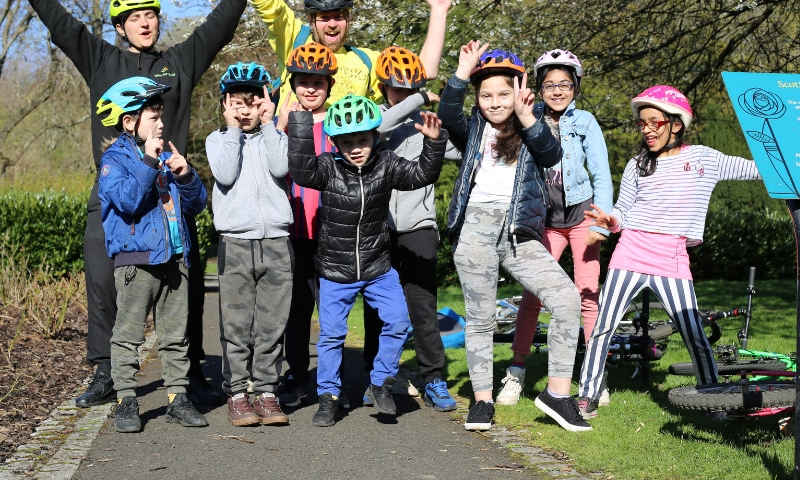 The fourth in a series of blogs from playwright Lewis Hetherington about his work with Glasgow cycling charity Bike for Good and Creative Carbon Scotland.

We’re all just back from a cycle ride. exhausted, smiling, happy, we’re already talking about where we might cycle tomorrow. We start to chat about other things…

him:     Looks at me in complete confusion

me:      So no one will need a driving licence because there’ll be no cars!

him:     continues to stare as his disbelief grows… as though I’ve just started making bizarre and incomprehensible wailing sounds.

There I was, on a glorious sunny afternoon the other week, having ridden through the park with some of the brilliant youngsters who regularly attend the after school bike club. We were all buzzing, from feeling the sunshine stream down as we free wheeled our bikes around the park. Not to mention some exhilarating games of ‘Sardines’ and ‘Find the Cones’, I did very well in the first and was terrible in the latter, but we all had a great time. Back at the hub, the conversation turned to cars and a number of the group expressed mega excitement about learning to drive.

Pavements are for people, train tracks are for trains, roads are for cars

This isn’t the first time these ideas have come up, I chatted to some of the same youngsters before Christmas around the same idea. It was a much needed jolt to my naive thinking that these young cyclists might not be interested in cars. I remember looking out at the streaming traffic on Victoria Road behind them as we chatted and it hit me like a brick that of course they want to drive. As much as they love cycling, car usage is the model of transport that is presented to them all day, every day. Pavements are for people, train tracks are for trains, roads are for cars, and our cities are built around roads. It’s the model we all take part in everyday.

me:      but imagine the whole of Victoria Road didn’t have cars, we could all cycle, or skateboard!?

Now, I have a car. I am very much part of this problem. Myself, my partner and our two dogs rely on it to get us round the country to visit family and friends, he uses it for his work which takes him all over Scotland. Doing any of those things would be much harder (not impossible!) without a car. We avoid using it wherever we can. But still here I was, trying to sell the idea of a car-less city.

him:     I want to drive so I can get places, go wherever I want, get to work, drive to Romania.

I’m reminded of an Arne Naess quote I read recently:

“the extensive moralising within environmentalism has given the public the false impression that we primarily ask them to sacrifice, to show more responsibility, to show more concern, better morals”

Now of course this is all connected to an urgent discussion which is happening about the (in?)significance of individual action which we won’t go into in length here, other than to say that for the shift to active transport to be meaningful requires change on a civic scale where going by a car is the least preferable option for travel within our urban areas at the very least. Cleaner air, healthier and cheaper travel is what we are aiming towards, not people feeling they have to ‘sacrifice’  their right to drive a car.

There’s another Arne Naess quote where he wonders if

“perhaps we should primarily try to influence people towards beautiful acts“

which seems to capture a lot of what I’m trying to capture at Bike For Good. It feels to me like a pleasingly poetic encapsulation of what they’re doing. It almost feels uncomfortably lofty and wide eyed, but I think that’s why I like it, we need to be wide eyed and giddy and lean into the profound beauty of this living planet we are part of.

Face the terror that is imminent 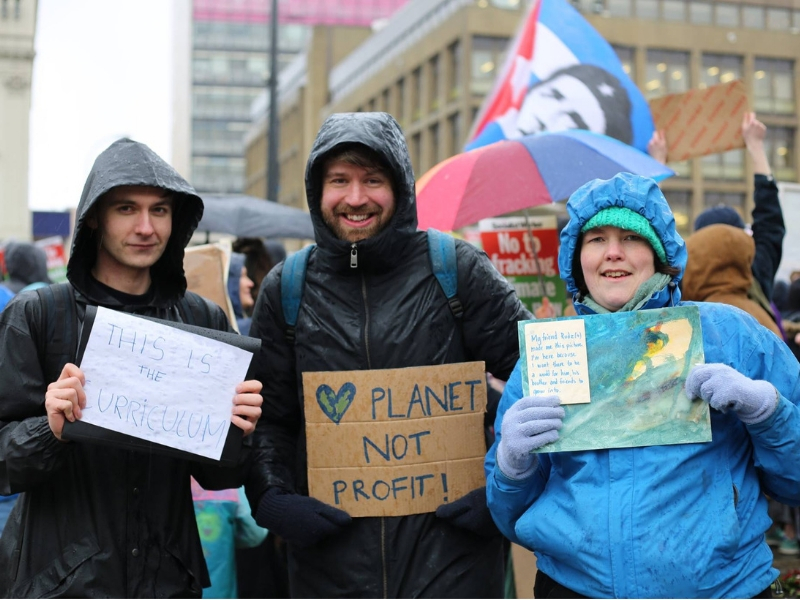 Now I can feel certain people flinching at their screens – we don’t just need wafty sentiment about the beauty of the earth – we need to face the terror that is imminent! We need to be shocked into action at the catastrophic damage we’re doing to our planet! We need to get out on the streets and make our resistance seen and heard where we can!

Plural and abundant and wildly variant 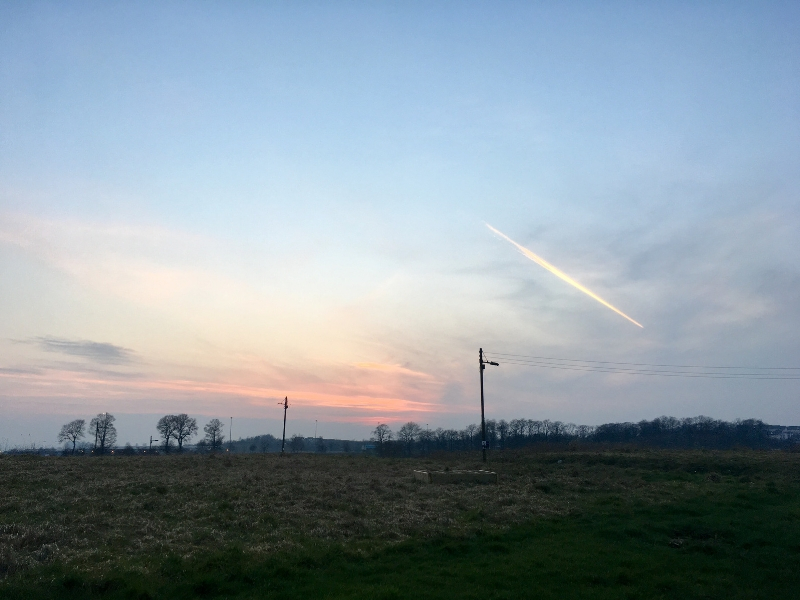 But I suppose something I’m trying to resist is the binary framing that sometimes frames contemporary debates, I don’t find it helpful to think in terms of hope or fear, individual or societal action. Those sorts of dualities are not an honest reflection of the world we’re part of. Nature is plural and abundant and wildly variant and diverse, and we are part of nature.

Trees like skyscrapers and housing as many. Grass the height of hedges, nuts the swell of pumpkins. Sardines that would take two men to land them. Eggs, pale-blue-shelled, each the weight of a breaking universe. And underneath, mushrooms soft and small as a mouse ear. A crack like a cut, and inside a million million microbes wondering what to do next. Spores that wait for the wind and never look back. Moss that is concentrating on being green.[1]

We must be terrified, joyful, patient, demanding, thoughtful, hopeful, optimistic, sceptical, generous, angry, rebellious, mindful and instinctive… sometimes all at once.

we don’t finish the conversation at this moment, as it’s time to huddle together for a group photo.

[1] from Stone Gods by Jeanette Winterson

Lewis is working embedded with Bike for Good for two years in their VeloCommunities project to contribute to their activities widening access to cycling and helping Glasgow to become a more sustainable city. An uplifting new short film about "VeloCommunities", a project which is... I’m currently Artist in Residence with the brilliant Bike for...