Guest Blog: Picking a battle – How to find the right subject matter 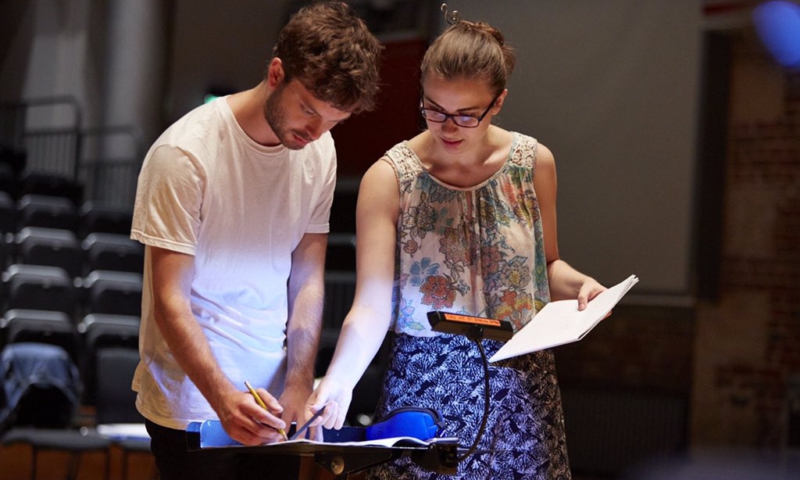 The first step for any artist is working out what to write about. In this guest blog London Symphony Orchestra (LSO) Soundhub Composer Lillie Harris leads us through what the process was like for her writing her new piece 'Consumption' .

Before I had even properly started my LSO Soundhub piece, I knew that the crucial ingredient in the piece would be an emotional core, addressing a social and political issue.

Pieces don’t have to be ‘about something’ of course. Earlier this year, I wrote a piece without a clear narrative or emotional idea. ‘This will be a fun challenge,’ I had thought naively, like someone about to discover a crippling fear of heights at the top of a bungee-jump. ‘What a great learning opportunity!’

Reaching the end of that particular work was unusually difficult, and I learned, (much like the bungee jumper might) that an important part of my composer-self requires a clear emotional or narrative purpose. No ifs, no buts.

So my initial plan for this second year of Soundhub was to write a piece about social and economic inequality, and the frustration of waiting for unequal systems to change. It was inspired by the incredibly moving BBC Panorama episode about health inequality. I had scribbled down my feelings straight away like a diary, outlining the ‘characters’ I wanted to embody in the differing musical ideas, then refining them, excitedly describing how the opposing musical ideas would influence (or rather, not influence) one other.

But as days started to trickle by, I found myself oddly reluctant to get going, despite my initial passion about the piece. I realised that I was nervous about telling a story that’s so very personal for many people. My own experience has been relatively fortunate: ‘The System’ wasn’t an antagonist for me when I was growing up. Student loans notwithstanding, I didn’t really feel equipped with enough first-hand experience to do this topic justice.

Telling the story of humans and the natural world

After some deliberation, I found a story that I feel informed enough to tell: the story of humans and the natural world – and more specifically, our relentless battering of it.

My initial plans had centred around two opposing voices; with the shift in focus, they made even more sense: a domineering voice ploughing relentlessly on doing whatever it wanted, and the other, desperately trying to get its attention. As the recent flood of articles about the environment came through, reinforcing in ever more pessimistic language the reality of the situation we are in, I felt emboldened by my choice.

So the title became Consumption, a play on the literal consumption of natural resources, but also the historic term for tuberculosis: a nasty, infectious disease that consumes the life and vitality of sufferers. The opposing material in the piece became a) the natural world – full of variety, space, tiny flitting fragments, a natural chaos but also moments of unison; and b) the human capitalist economy: relentless, unending, rhythmic, and increasingly toxic.

Art can inspire people in ways facts cannot, as Ben Twist, Director of Creative Carbon Scotland, describes in his excellent TED talk, Why the arts are essential in addressing climate change.

I’m not a climate scientist, but I am a composer. And if I can write a piece that strikes the emotional core of the unprecedented losses we are facing as a result of our rampant consumerism, then I might be able to make a difference.

This story was posted by  London Symphony Orchestra Soundhub Composer Lillie Harris. Creative Carbon Scotland is committed to being a resource for the arts & sustainability community and we invite you to submit news, blogs, opportunities and your upcoming events.