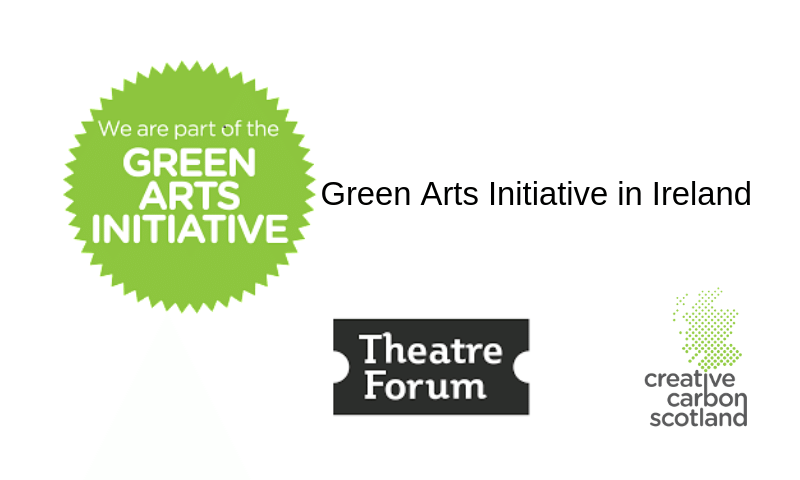 A new initiative has been launched to support the arts & cultural sector in Ireland to play its role in tackling the climate emergency, inspired by the pioneering work of the Scottish sector.

Creative Carbon Scotland is delighted to be working with Theatre Forum to launch the Green Arts Initiative in Ireland, to build an interactive community of Irish arts & cultural organisations playing their role in dealing with the climate emergency.

Scotland is seen globally as a leader on climate action and we’re thrilled that the pioneering work of our arts & cultural sector helping to inform work in other countries on the global effort that is tackling the climate crisis. The development of a strong Green Arts community in Scotland has benefited greatly from Creative Scotland – the national public body for supporting the arts – seeing the need to integrate carbon reporting and more recently carbon management into its funding requirements.

The Green Arts Initiative in Ireland is being launched today as part of the Theatre Forum’s Conference 2019. Theatre Forum have been using the event to encourage environmental action from all attendees, encouraging them to:

If you’re based in Ireland, you work or volunteer in the arts and you’re keen to join others in the arts in dealing with the climate emergency, visit theatreforum.ie/green-arts-initiative-in-ireland to join the Green Arts Initiative in Ireland, find resources, contacts and more, all specific to Ireland.