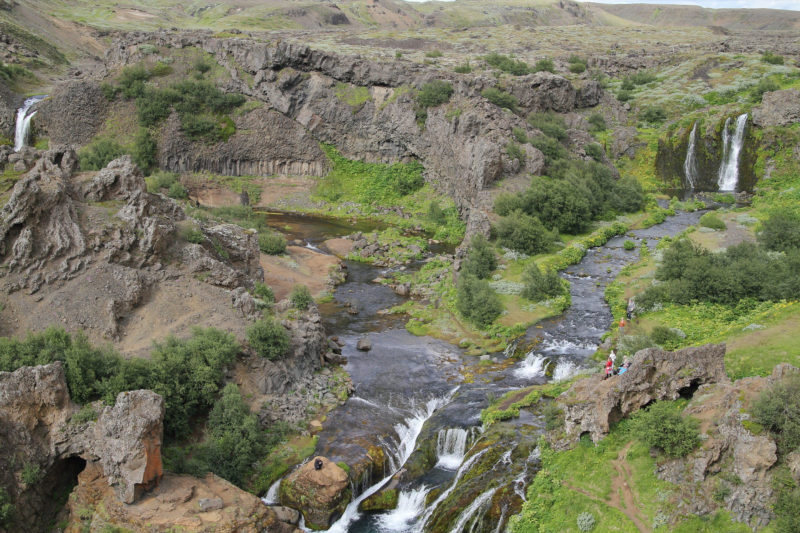 In late October, we met in the School of Geosciences (University of Edinburgh) for one of our regular Green Tease …

In late October, we met in the School of Geosciences (University of Edinburgh) for one of our regular Green Tease gatherings, CCS’s informal events programme connecting the arts and culture with environmental sustainability.

This Green Tease was organised in response to visual artist Ellis Connor’s proposal to present on her work via the Green Tease Open Call. The Open Call encourages artists, cultural organisations and those working in areas related to environmental sustainability to contribute to, run or host an event which connects these diverse fields. Find out more here.

During the session, we heard presentations from Dr Anthony Newton (Institute of Geography and the Lived Environment, School of GeoSciences and member of the Royal Scottish Geographic Society) and Ellis on their respective work exploring environmental change in Iceland. A wider discussion was subsquently held about the ways in which sustainability-related research and initiatives, and artistic practices can mutually contribute to one another.

Anthony painted a picture of his research which aims to understand Iceland’s past through the science of tephrochronology, a technique that uses layers of volcanic ash found in soil to build a chronological framework in which non-human and human records can be situated. Famous for its active volcanoes, Iceland holds some of world’s most detailed tephra data.

Ellis provided an overview of her recent artistic work inspired by a number of artist residencies she has undertaken in Iceland, and other Northern Hemisphere countries.

Practicing in a variety of mediums including drawing, painting, printmaking and photography, Ellis aims for her work to engage its viewers in the relationship between human activity and environmental change.

Often working on large scales and building up layers of paint or ink which mimic geomorphic layers, she wishes to confront viewers with sublime imagery that may evoke a change in awareness or sense of individual responsibility for environmental issues.

Some of the key points raised in the discussion following included:

*See CCS Director, Ben Twist’s, recent blog on the role of artistic practices in contributing to the cultural shift towards a more sustainable society.

Following discussion participants were invited to join us for networking drinks to encourage the building of new connections between those working in areas of arts and sustainability.

Thanks again to Anthony and Ellis for their contributions and to everyone who joined us!

Keen to get involved in the Green Tease network?

Since 2013 Green Tease has offered a platform for those interested building links between the arts and sustainability through the exchange of ideas, knowledge and practices. The majority of our Green Tease are free to attend with refreshments provided.

Find out about upcoming Green Tease events via our Events page.

If you’re interested in running your own Green Tease have a look at our Open Call details or contact programme coordinator, Gemma.lawrence@creativecarbonscotland.com