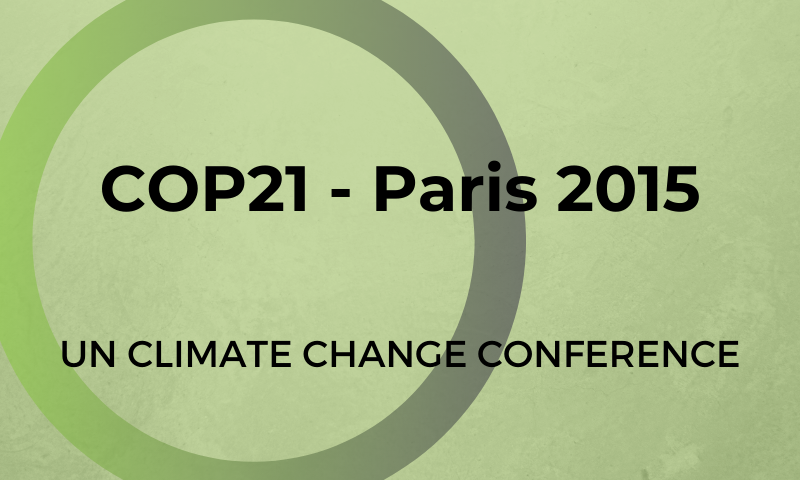 The Green Tease events are a monthly opportunity for people interested in arts, sustainability or both to come together and …

The Green Tease events are a monthly opportunity for people interested in arts, sustainability or both to come together and discuss various ways in which the arts can engage with sustainability issues. This month, we invited individuals to hear more about the upcoming Conference of the Parties (COP21) in Paris and learn how art can play a role in climate change and sustainability.

For those who missed the event, we decided to sit down with our director, Ben Twist, to help us fully understand what COP is and what we can and can’t expect to see at the conference.

What the UNFCCC is COP21?

COP 21 is the 21st annual Conference of the Parties to the United Nations Framework Convention on Climate Change (the UNFCCC). (Other meetings of sub-groups also take place but the COP is the main event.) The UNFCCC was adopted at the Rio (or Earth) Summit in 1992 and entered into force in 1994 once governments (rather than summit representatives) had ratified it in 196 countries. The UNFCCC is ‘broad but shallow’, in that it was deliberately made undemanding in terms of action against climate change so that nearly every country in the world could sign up to it: the aim was to get consensus. But it was quickly realised that action was necessary so a sharper-toothed agreement was negotiated in 1997 which is ‘narrow but deep’: the Kyoto Protocol. It committed countries listed in Annexe 1 (ie the developed world) to reduce their carbon emissions by 5% against 1990 levels by 2012. There was much controversy over the Kyoto Protocol (KP), at least partly because the US senate wouldn’t ratify it. Eventually in 2005 (eight years later!) it was ratified by enough countries to cover 68% of the world’s carbon emissions, which was required by the KP for it to come into force. But even that took a deal with Russia which allowed them to join the World Trade Organisation in return for their ratifying the KP – the climate change talks are all about geopolitics.

But even as the KP came into force, it was realised that time was short and a new treaty was needed for the period after 2012, when the agreement to reduce carbon emissions would run out. So the negotiations on post-2012 started in 2005 and COP15 in Copenhagen in 2009 was meant to be the occasion when a new agreement would be reached. However, it ended in chaos as the parties failed to agree post-2012 targets. COP15 was marred by accusations of a lack of transparency because a last ditch deal, ‘the Copenhagen Accord’, was stitched together by the US, China, Brazil, India and South Africa then presented as a done deal to the rest of the world. COP15 was also riven with division because the rich world was focusing on climate change and carbon reduction whilst the poorer countries were saying ‘we need to develop, get clean water and electricity for the 20-25% of the world’s population which don’t have them’. They also wanted more focus on adaptation to the effects of climate change, which their people were already feeling, and more financial support to help them transition to low carbon economies.

Copenhagen; however, in my view, wasn’t a total failure, as it provoked much discussion and action – and probably the expectations before the COP had been too high (the same is true this year). In Cancun in 2010, development and adaptation was much more in focus and importantly the COP agreed a target of a maximum global temperature rise of 2°C – no target had ever been set before. It also agreed on a Green Climate Fund and technology transfer mechanisms to enable poorer countries to develop along a lower carbon pathway. And the discussions at the COPs became much more transparent and inclusive.

Since 2010, there has been much work on developing binding carbon reduction agreements in place for 2016 onwards – and this is what COP21 aims to finalise.

For anyone interested in a more detailed history of the climate change talks (and it is interesting, in a geeky sort of way), I’d recommend looking at the Earth Negotiations Bulletin summary of the most recent interim talks at http://www.iisd.ca/download/pdf/enb12644e.pdf.

What happens at a COP?

The COP aims to finish negotiations on a text which can then be agreed by all parties – the UN works by consensus rather than majority voting. In between COPs, there are ‘intercessional’ meetings at which negotiators hammer out the broad framework so that at the big meeting the details can be agreed. Before the COP, they will confirm with their governments what they can commit to at the COP and in the first week or so of the COP, they will try to finalise the text which the politicians can jet in to sign off during the ‘high level section’ which takes place towards the end of the conference. What follows is a bit of the text for COP21. The square brackets […] indicate bits of text which aren’t yet agreed. The job of the negotiators is to get rid of all the square brackets so the text is acceptable to all. As you can see, there is quite a lot of work to do.

[The Parties to this Agreement,

Pp1`Being Parties to the United Nations Framework Convention on Climate Change, hereinafter referred to as “the Convention”,

Pp2      In furtherance] [pursuit] of the objective, [principles and provisions] of the Convention [as set out in Articles 2, 3 and 4], [including the principles of equity and common but differentiated responsibilities^ and respective capabilities in light of different national circumstances,]]

Pp4      [Taking account of the [particular vulnerabilities and specific needs of][particularly vulnerable][urgent and immediate needs and special circumstances of] developing country Parties, especially [those that are particularly vulnerable, including] the least developed country (LDC) Parties[ and other Parties identified in Article 4.8 of the Convention], small island developing states (SIDS) [, small mountainous developing states] and Africa, [and the central American isthmus]][Taking full account of the specific needs and special situations of the least developed countries and small island developing states arising from the adverse impacts of climate change],

There will be separate groups working on different bits of the text in different rooms, with groups of delegations trying to work out common positions on certain areas. Every now and then, everyone will come together in the main plenary sessions to discuss where they have got to. Not much work gets done in the plenary sessions, which are very unmanageable with 196 countries all wanting to have their say (in many different languages – there is simultaneous translation always available). The action is all in the smaller groups.

Of course, it’s in the nature of negotiations that nobody cedes much ground until they have to at the very end of the process and the negotiators – who will be constantly in touch with their governments by phone – are not able to make concessions that they don’t think their Prime Ministers and Presidents will be able to get through their parliaments. In the end, only the top dogs can do the final deal. So although the plan is to get everything sorted before they arrive, it won’t happen. The politicians will fly in (and for COP21 they are being encouraged to arrive earlier than normal) and then the horse trading will start. Although the COP is due to finish on Friday 11 December, the negotiations will continue through the night until Saturday and probably Sunday, with exhausted politicians being brow-beaten and deals being done in side rooms.

What to look out for:

Although the process is flawed and much criticised, I think that’s perhaps unfair. It’s an impossible task. The whole UN process is about putting the world’s collective good above that of one’s own government, one’s own people. That isn’t generally in human nature, and the UN and the UNFCCC could be argued to be an attempt to be better together than we are on our own. At a time of great individualism, that’s a great and noble thing. It’s better to try than to give up. As Samuel Beckett said in Worstward Ho (1983): ‘Ever tried. Ever failed. No matter. Try Again. Fail again. Fail better.’