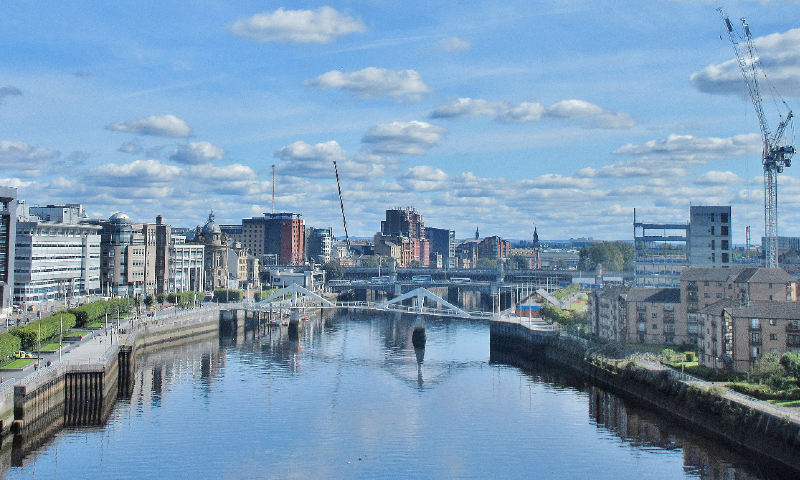 The citizens of the Glasgow City Region face the risk of more frequent floods and other bad weather events, resulting in damage to homes, roads and railways, and stresses to hospitals and emergency services as global temperatures rise due to climate change. Clyde Rebuilt is a ground-breaking project in which representatives from across the region jointly develop interconnected projects for adapting to these climate change challenges by 2030.

Clyde Rebuilt will bring together community groups, local councils, universities, businesses, government agencies and other bodies. They will collaborate to identify a range of joined-up actions that can change the way the region’s society, economy and environment operate together, making them stronger as the effects of climate change become ever more apparent.

The new collective is based on the idea that climate change can best be tackled if different groups from one city or region join forces to find solutions to their specific problems. Clyde Rebuilt was formed by Climate Ready Clyde and EIT Climate-KIC, the EU’s climate innovation agency, that specialises, among other things, in identifying innovations to help regions both slow down climate change and deal with it.

Clyde Rebuilt comes with a wealth of expertise through its partners and funders. It’s led by Climate Ready Clyde, a cross-sector initiative funded by the Scottish Government and 15 member organisations supporting climate change adaptation in the Glasgow City Region, with technical, cultural, economic and governance expertise from Sniffer. Clyde Rebuilt has cultural expertise and understanding of creative arts in sustainability from our Creative Carbon Scotland team, and specialist climate change and economic expertise from research consultancy Paul Watkiss Associates. Clyde Rebuilt is part of EIT Climate-KIC “Deep Demonstration Resilient Regions” programme along with Andalusia in Spain, Nouvelle Aquitaine in France and the Dolomites area in Italy, three European regions that are also at risk from the impact of climate change.

How Clyde Rebuilt is working with the Glasgow City Region

Clyde Rebuilt already has support and backing from many organisations across Glasgow City Region as well as the Scottish Government. The project is talking to many people and organisations across the region to explore their experiences and gather a diverse set of ideas that can potentially help to overcome the barriers to adaptation. Over the coming months, Clyde Rebuilt will look into some of these and develop them further to identify some innovative solutions that could make a real change in how the Glasgow City Region adapts.

The project is also seeking out and developing interest from funders and investors ahead of launching a multi-million pound fund for applicants from across the world to compete for funding to test and pilot the most innovative, ambitious approaches, and which could be scaled across the region and beyond.

By the end of 2020 Clyde Rebuilt will also have developed an adaptation strategy for the region that will underpin a vision for the Glasgow City Region and build a compelling rationale for action over the next decade.

To get involved, or for more information, please email climatereadyclyde@sniffer.org.uk