The award was run by the North Amercia-based Center for Sustainable Practice in the Arts and Creative Carbon Scotland with media partnership from The List, and was supported PR Print and Design in 2017.  Our #GreenFests archive can provide more examples of productions shortlisted and winning. 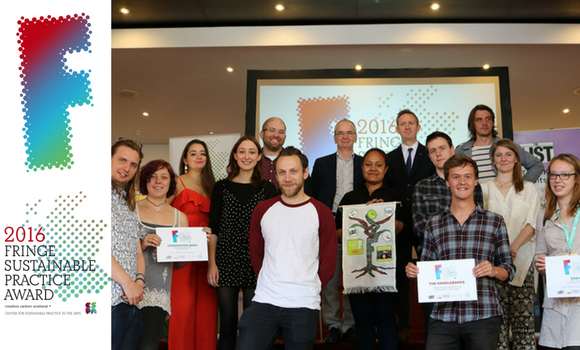 Winners and commended shows at the 2016 awards

Purpose and Outcomes of the Award

The Edinburgh Fringe Sustainable Practice Award had a number of objectives. It sought to:

The process for applicants was two step:

The award was discontinued in 2017 as the capacity, resource and priorities of Creative Carbon Scotland and the Center for Sustainable Practice in the Arts evolved, as the festival continued to expand, and as conversations and initiatives around sustainable practice increased. 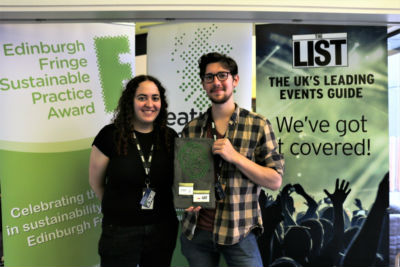 Current Work and Activities at the Edinburgh Festival Fringe

Creative Carbon Scotland does not regularly programme work or activities at the Edinburgh Festival Fringe, but does sometimes host opportunities, blogs, initiatives and events during or connected to the festival. For more information about what we currently do: Advice for a more sustainable Fringe

Advice for a more sustainable Fringe For several years now, the team at the Edinburgh Festival Fringe has run their... This is a big, celebratory event where the Pleasance team talk about not just... This case study comes to us from Caro Overy, Engagement Manager at the...