Reducing emissions in the screen industry 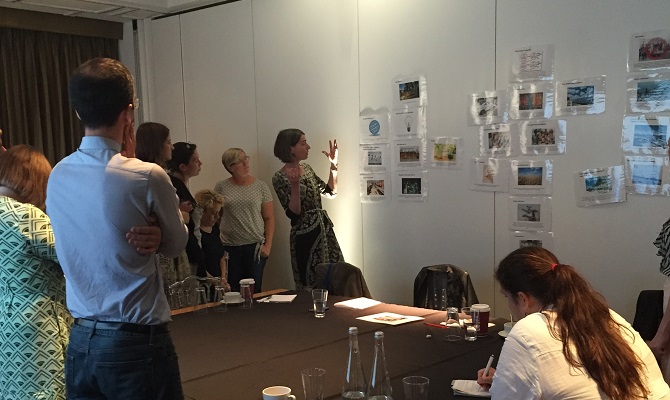 I was recently invited to attend a training session held in the home of BAFTA in London on the BAFTA Albert consortium’s Albert carbon calculator. Albert was developed by a consortium of companies including BAFTA and 9 others in the industry to help TV productions become less carbon intensive. The Albert system allows production teams to make an early assessment, at the pre-production phase, of the probable carbon footprint of the whole lifecycle of a production. The objective is to highlight any areas which are particularly carbon intensive at a stage when changes to production methods are still possible.

We first examined the reasons why it’s important to train the industry in calculating and reducing emissions:

We discussed the indicators for climate change and the need to reduce current trends of increasing emissions:

The Albert system provides simple checklists tailored for the most common genres of production. Filling in the checklist allows the production team to create an emissions estimate for the planned production. Questions require information that is easily accessible, such as the number of presenters working on the production and what equipment will be used.

A footprint based on the genre average is calculated by the Albert program and the format is designed to make emissions more understandable to the team.

The preproduction estimate of emissions can be used to focus the team on finding ways to reduce emissions for the most carbon intensive activities and equipment.

More efficient lighting, the use of smaller generators and better travel choices have all contributed to typical overall reductions in emissions of 20%.

Changes towards more sustainable practices are likely to result from a number of areas:

One of the major drivers for improvement among companies and business in general is the risk to their reputation if they do nothing to reduce emissions. Audiences expect them to show leadership.

To promote this, the Albert team have produced an accreditation questionnaire, which is a means of allowing production companies and suppliers within the screen industry to demonstrate that they are working sustainably.

Questionnaire responses are audited by the Albert team and accreditation is only granted if minimum standards are achieved. The accreditation allows production companies to display the Albert+ logo as part of their credits and this certification is very much valued.

Albert has been endorsed by a number of commissioning companies including Sky and the BBC. Production companies working with Sky have been required to complete the preproduction footprinting process for some years now. Over the last 4 years, 1000 documented footprints have been recorded for a wide variety of production types which have allowed the Albert team to recognise the most carbon intensive activities within broadcasting.

A database of useful case studies is available on Media Greenhouse which describes some of the ways companies have been able to reduce the carbon footprint of their productions.

For further information on our future plans for promoting and supporting sustainability for the screen industries in Scotland please contact Fiona MacLennan (Carbon Reduction Project Manager) by email or give us a call at 0131 529 7909.