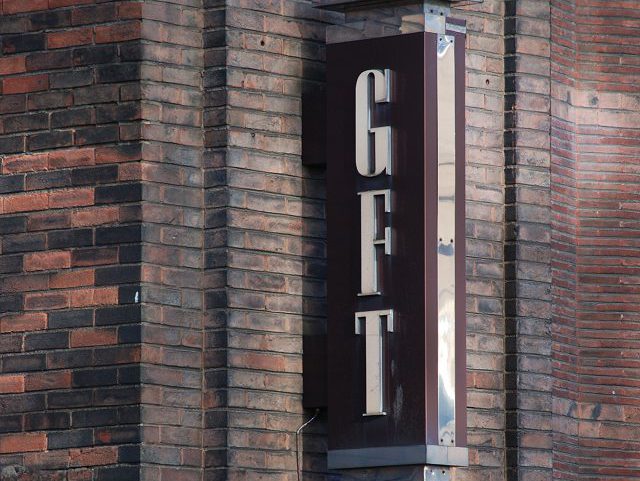 Independent cinema organisation Glasgow Film have long been committed to improving their impact on their environment, and they are currently working on affecting multiple different areas of their operations!

Operating in a building built in 1939 (and B listed) Glasgow Film have been making environmental improvements for some time. A primary capital development project saw the beginning of the roll out of LED lighting (now extended to office spaces too): an investment which leads to significant reduction in carbon-intensive energy consumption (as less energy is lost through the heat expended by a traditional bulb) and cost over time (as LEDs have a longer life span).

With a second phase of refurbishment now underway, and with a focus on accessibility, the cinema has been working hard to green the redevelopment process itself: gifting all reusable furniture within the building to either staff internally or to a local charity in support of Glasgow Homelessness, and ensuring these items were not passed as waste for recycling/landfill.

Glasgow Film has also had a strong concentration on waste, monitoring waste uplifts by recording each uplift and checking bin levels each day to ensure accuracy in their collection needs. They chose their contractor (William Tracey) for their ability to provide accurate measurements and reporting, and for their effective waste segregation and processing (almost all general waste is used for Refuse Derived Fuel, and thus less than 3% of the cinema’s waste is actually sent to landfill).

But they’ve also found that engaging staff members more fully in the waste process has improved how they operate:

“Our lovely ushers are volunteers, and they receive a very thorough induction course which also covers waste and energy.  Our ushers collect the waste from customers as they leave the cinema which allows for verbal confirmation of what can/can’t be recycled.”

Their second redevelopment phase also has a technology component:

Glasgow Film have also been trialing Creative Carbon Scotland’s online ClaimExpenses.com tool, rolling it out to staff in 2016 to help form, report and minimise a footprint of all travel-related emissions. They now promote this travel policy:

Another way that GFT have been exploring the role the arts can take in environmental sustainability has been through their programming content. Over May 2016, they took part in the Green Film Festival, showcasing a range of films including Nausicaa of the Valley of the Wind, The Messenger, and Just Eat It, a documentary focused on food waste:

In a great example of arts and sustainability collaboration, Mark Wells, Head of Strategic Comms at SEPA was guest speaker for the Just Eat It: A Food Waste Story.  He introduced the film and thereafter hosted a Skype Q&A with cast member Jenny Rustemeyer as the Festival’s closing screening.

But the good work doesn’t stop there! Glasgow Film is keen to highlight that there’s still more to develop, and to improve:

“Our aim is to grow this festival each year and hopefully partner other local businesses who share our sustainable beliefs…we are not at final stages yet –as you can see we still have a lot to do!”

Glasgow Film is part of our Green Arts Initiative: an interactive community of Scottish arts organisations working to reduce their environmental impact. Images from GFT.

Here are some helpful resources and links to the guidance currently provided...