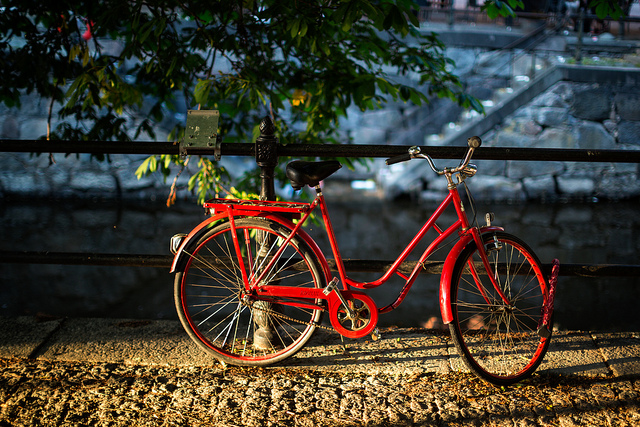 The Wee Green cinema is a pedal-power initiative that uses energy produced by cycling to electrically sustain film showings.

Although the cycle-cinema idea is springing up across the world, Take One Action Film Festivals have recently begun incorporating their ‘Wee Green Cinema’ into their national events, with cinemas at the Edinburgh Mela and their own Edinburgh/Glasgow festival during October, and plans to incorporate it in regular events throughout the year.

As an innovative form of cinema screening, it both enables films to be shown in locations otherwise excluded for their lack of suitable film infrastructure, and raises awareness and promotes actions towards more environmentally-friendly electricity generation. Furthermore, such a form of power production is wholly appropriate to the ethos of the festivals themselves: encouraging and empowering individuals to make small changes that change the world. By blending environmental activism with cinematic entertainment, Take One Action engages its audience across multiple platforms, and helps the Scottish Government reach its carbon reduction targets (80% reduction by 2050).

Powering the Wee Green Cinema in this way may also have a more lasting impact on its audience: the action acts almost as an educational tool for its users, making more tangible (and more visceral!) the relationship between energy generation and energy use. It also promotes cycling in general – one of the most environmentally friendly ways to travel!

Some fun facts about cycle-powered cinema:

The Wee Green Cinema also ran at the 2014 Edinburgh Mela. Click here to read more about the great environmental work the Mela is doing.

Take One Action Film Festival curates films, opportunities and networks, in Scotland, with a global lens, aiming to inspire and enable people to take creative, impactful steps to make the world a better place. To find out more about what they do, and about any upcoming festivals near you, visit their website.