Home / Resources / Guidance on Sustainability in the Film & Screen Industry 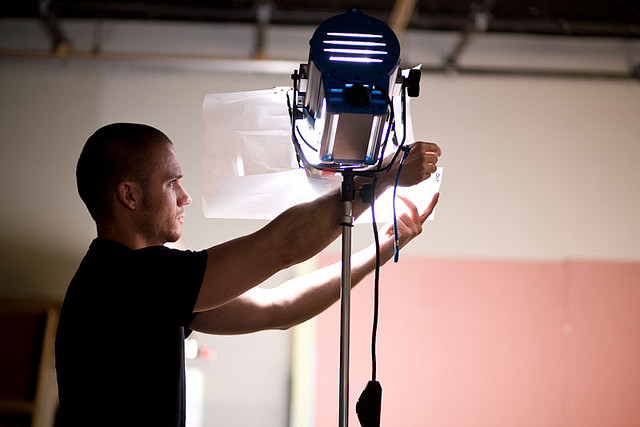 There is a growing body of tools and resources available for those in the film and screen industries interested in addressing their environmental impact. Film faces many similar challenges to the other cultural organisations and art forms Creative Carbon Scotland works with – energy, water, waste and travel are all key areas to address when it comes to environmental impact as well as supply chain and art and department construction.

Here are some helpful resources and links to the guidance currently provided for the film and screen industries.

The BS 8909, a British Standard developed by and for the film industry, which provides a universal standard for sustainable practices. BS 8909 has been designed to enable its users to take a systematic approach to environmental, social and economic sustainability through all stages of production to encouraging the more challenging long term changes to take place once the low hanging fruit have been picked.

Rather than providing a checklist of objectives the standard provides a ‘roadmap’ to sustainability, allowing organisations to adapt the standard to their operations and begin to make small changes from where it is today, set itself goals that it feels are realistic and achievable and, over time, aim higher.

Albert is a carbon calculator developed by the BAFTA albert consortium which is specifically designed to measure the carbon impact of screen production.

Albert asks a series of simple questions relating to how a production is planned and with the answers creates charts which clearly show the predicted carbon footprint of the production and how it compares to other productions made using the same methods or in the same genre. Albert provides a benchmarking tool with the potential to drive real change in our industry regarding attitudes to environmental issues.  Data is stored securely and although companies can see industry benchmarking data to help them see how they’re doing compared to others, no company can see any detail on another’s footprint.

In July 2015, our Carbon Reduction Project Manager (Fiona MacLennan) attended an Albert training workshop. Read more about her experience on our blog.

Greening Film, run by the British Film Institute (BFI), aims to help professionals working in every part of the film industry – studios, locations, distribution, exhibition, special effects, post-production and archives – implement a sustainable strategy as part of their ongoing activity for environmental, ethical and economic reasons.

Greening Film provides a range of resources and advice on implementing BS 8909 and ideas for production, exhibition and distribution. To access Greening Film resources click here.

Greenshoot provides hands on environmental and sustainability consultancy for the film industries. Greenshoot work with clients through a step by step process which starts with reviewing scripts to highlight where the biggest carbon impacts lie and takes them through the production, exhibition and distribution of the film.

They offer clients a range of services including Greenshoot Managers, Sustainability Audits and Film Set Recycling. They have also produced their own carbon calculator to help clients map and track the improvements being made in their environmental performance.

Filming Scotland are members of a green achievers scheme and are committed to keeping waste to a minimum on all productions and finding new ways of keeping their carbon footprint down.

They work with Carbon Aware Productions to offset all their productions using a unique calculation based on call sheet information. This allows them to offset the emissions they have created on a shoot by planting trees.

EIFF uses video conferencing to benefit their premieres. As part of their...