Scolel’te: the tree that grows 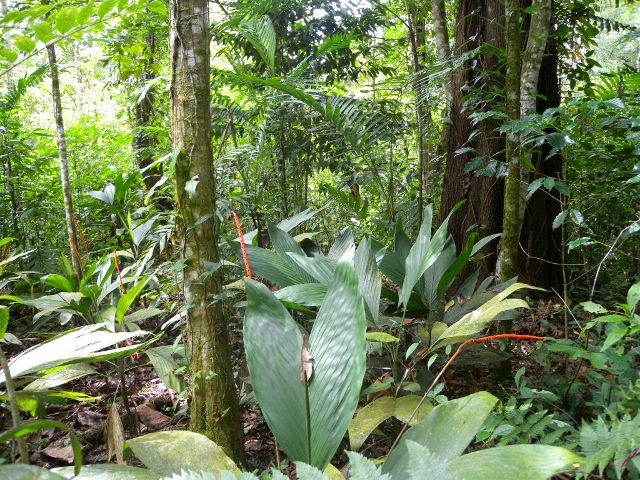 Ever wondered what carbon offsetting actually pays for? CCS Director Ben Twist introduces Marco Lara, Carbon Offsets Sales Manager at AMBIO, a Mexican non-profit that coordinates the Scolel’te Program for Carbon Offsetting, who tells us about his project,

We’re often asked about carbon offsetting to deal with those carbon emissions you just can’t avoid – essential travel, energy for heating and lighting. There are a number of questions about the validity of offsetting which I’ll deal with in another blog, but if you do choose to offset, which scheme should you choose? The schemes offered by airlines and other commercial outfits are sometimes of dubious quality and often much of what you are paying goes to a middleman rather than actually reduces the carbon in the world’s atmosphere. The project described below offers both carbon reduction and also social benefits and I know it’s of top quality. I offset all my domestic travel, gas and electricity once a year when I do  my tax return rather than try to do it month by month. So you could use our tools such as claimexpenses.com to gather the data, then offset at the end of the year.

Offsetting should only be used for genuinely unavoidable carbon emissions – it’s not a free pass. The first thing to do is avoid doing the things that burn fossil fuels. People often think that travel can’t be avoided, but our guide to Creating and Updating a Travel Policy has tips and advice for reducing unsustainable travel – and making life nicer while reducing time-wasting at the same time. Why not look at it now?

Marco Lara is Carbon Offsets Sales Manager at AMBIO, a Mexican non-profit that coordinates the Scolel’te Programe for Carbon Offsetting, the very first project to neutralise carbon emissions and a great example to illustrate how conservation, high impact investments and improved livelihoods come together. If after you’ve done all you can to reduce your carbon emissions you still have some left, you can buy offsets in his project by contacting Plan Vivo, an Edinburgh-based charity that deals with Scolel’te. Or you can go direct to Ambio, but you’ll need to read Spanish. You can receive a newsletter about the project in English here.

It’s 6 a.m., still the early morning. Like clockwork, Manuel goes out to check if everything is right in his land. For weeks now the rain has been absent in his community. Manuel, like thousands of farmers in Mexico, knows perfectly the importance of regular rainfall patterns to achieve the expected yields in his corn, coffee and beans crops. However, this year looks particularly complicated, even more than before.

Manuel lives in Villa Las Rosas, a small village within the Lacandon rainforest, an hour and a half from the impressive archaeological site of Palenque in the Chiapas state in southern Mexico. Villa Las Rosas is one of hundreds of surrounding rural settlements inhabited by Mayan communities, who continue to use the Mayan Tzeltal language. Arriving alone in places like this, lacking fluency in Tzeltal, it’s a real challenge even to ask for directions. For outsiders, miming is a good second language.

Villa Las Rosas is part of the buffer zone of a natural protected area called Naha-Metzabok, a site acknowledged as a wetland of international importance under the Ramsar Convention since 2004. This region is key, both for its role in water supply and for the number of species of flora and fauna living here, including spider monkeys, jaguars and orchids.

10 years ago, the non-profit cooperative AMBIO, in partnership with the National Commission for Natural Protected Areas of Mexico (CONANP), started strengthening conservation actions in the area through the rolling out of the Scolel’te Program in the region of Naha-Metzabok, including Villa Las Rosas and other neighbouring communities. This strategy for sustainable natural resources management has been conceived as a tool to offset the carbon emissions of companies, organisations and individuals while at the same time diversifying the sources of income in rural households.

The efforts of AMBIO date from long ago when in 1997 the Edinburgh University, El Colegio de la Frontera Sur (ECOSUR), the Mexico National Institute for Ecology (INE), the International Automobile Federation and dozens of farmers associated with the Scolel’te Program (“the tree that grows” in Tzeltal language), began a unique and pioneering collaboration, focused on maintaining and restoring the natural ecosystems and improving livelihoods through a model that recognised the environmental services provided in tropical areas, such as carbon sequestration to deal with climate change.

To date, the Scolel’te Programme, brings together around 1,200 farmers, distributed across more than 90 communities in the state of Chiapas. This initiative, the longest-standing to neutralize carbon emissions, today covers 7662 hectares, the equivalent of 10,726 football fields. In terms of carbon sequestration, different organisations such as the Absolut Vodka Company or the International Union for the Conservation of Nature (IUCN) have offset 479,029 tons of CO2 through the Scolel’te Program, which is equivalent to the emissions of 260,200 individual one way flights  between London and Mexico City.

Back in Villa Las Rosas, the clock shows 7 a.m. Manuel has a 4-hour drive to San Cristobal de las Casas, where AMBIO headquarters are based. As regional technician for the area of Naha-Metzabok and its buffer zone, Manuel will describe in a follow-up meeting the progress of the working groups and the challenges that arise whenever monitoring in the registered forest areas is required or how to manage payments to the farmers enrolled in the Scolel’te Program.

The next day Manuel will return home, making at least one stopover to change from a comfortable van to a cargo truck fitted out as the only public transportation to his village. He’ll travel alongside other farmers of Tzeltal ethnicity, women who have been shopping at the nearest town and students with their backpacks full of illusions.

Upon returning to Villa Las Rosas, Manuel will report on the results of the meeting held in AMBIO and he will begin to coordinate along with a couple of neighbours the journey of a company that will take several years to offset its emissions through Scolel’te Program. By late afternoon, Manuel will be outside his small office, with a hot cup of coffee in hand, watching how the water-laden clouds are finally coming to the community. And with the rain, it will come the sound of the frogs.