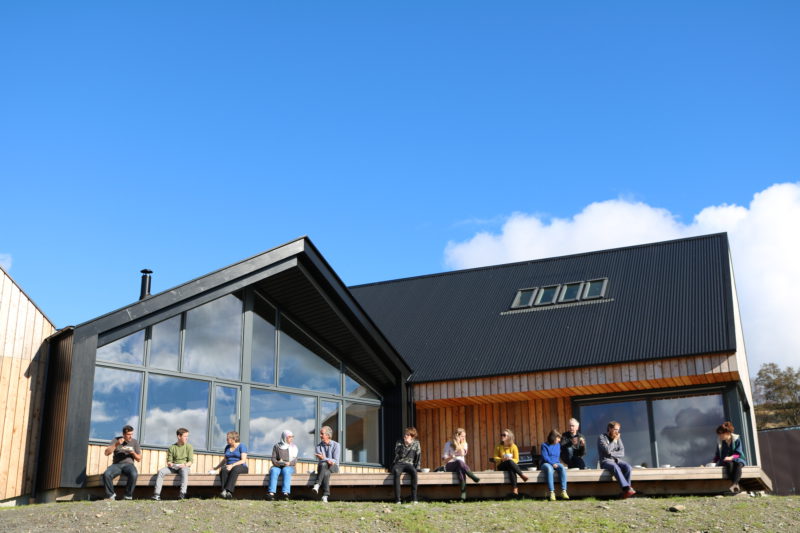 The premise of this year’s residency was to explore the ways artists can respond to, reflect and address the Anthropocene, the proposal that we are now living within a geological era predominantly shaped by human activity.

Over three days of presentations, discussion, walks and activities we made our way through wide ranging materials and ideas to consider geological and cultural deep time, and the role of artistic practices within the current context of the issues surrounding environmental sustainability and climate change.

You can read about this year’s facilitators and selected artists here.

Introductions to one another and the site

Based within Cove Park’s new Artists Centre, we began the weekend with an introduction to the site: its history including previous uses as a landfill site, a petting zoo and tea shop, its more recent incarnation as the artist residency centre, as well as future plans for use of its 50 acres of land. This layered past provided a helpful analogy to begin our discussions concerning the Anthropocene.

Through our initial introductions from this year’s participants some recurring themes and questions emerged, including:

On the Saturday morning Jan Bebbington (Professor of Accounting and Sustainable Development, Director, St Andrews Sustainability Institute) provided us with an overview of the Anthropocene, as well as her professional experience researching and working with governments and organisations on sustainable development.

Jan led us through a number of central themes and her perspective on some of the resulting questions including:

We heard some initial responses from Lex ter Braak (Director of the Van Eyck Institute) and Catrin Kemp (Assistant Director of Cove Park) on the institution’s role in relation to environmental sustainability.

Lex shared the Van Eyck’s recent plans for a new lab, which enables artists to explore questions related to ecology and urban development.

In the afternoon we worked through key topics to explore further, breaking into smaller groups and taking advantage of the sunny weather for some short walks. 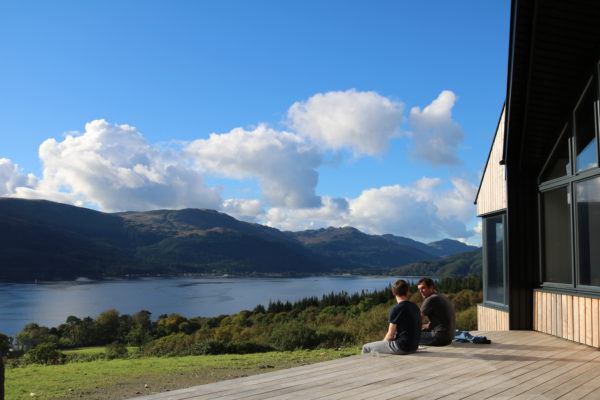 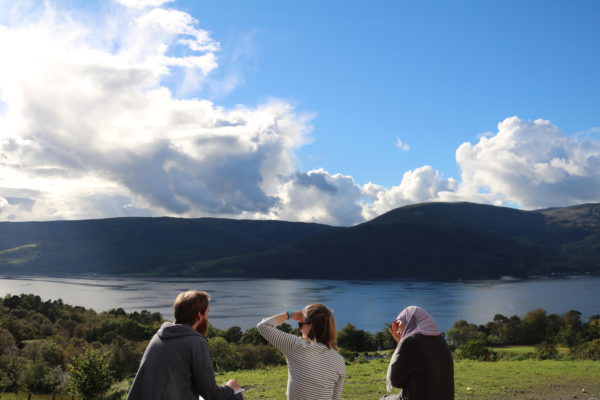 Saturday was rounded off with a short presentation from myself and Ben (CCS Director) on the history of the organisation and our aims in supporting the development of artistic work in connection with those working in areas concerning environmental sustainability. This was used as a pre-cursor for Monday morning when we would discuss next steps and future plans.

Who owns the artist?

Reflecting on the discussion of the day prior, Lex began the Sunday with the topic of the artist’s role, framed through the question of who owns the artist? In doing so he outlined the driving forces behind the creation of artistic work through different historical periods and social/political movements.

In more recent history, he highlighted groups such as the Frankfurt School of artists, thinkers and philosophers which emerged during the interwar period, concerned with the conditions that would allow for social change, and which many contemporary artists are re-addressing themselves to.

In particular, Lex discussed the unresolved concern with ‘artistic freedom’ and fear of instrumentalisation of art. Whilst acknowledging that the artist has never operated in a vacuum, he emphasised that the artist has to choose their own way, being true to themselves through the work that they make.

With this in mind, Lex set participants the task of developing and pitching an outline proposal for a fictional commission, worth £100,000, which explored the theme of the Anthropocene and deep time.

The exercise provided the opportunity for everyone to apply their ways of thinking and practice to the ideas we had been discussing, within a relatively short period of time and served the role of a practical activity without the restrictions on a particular artform or approach being required.

Without going into the detail of the proposals, some of ideas explored included:

Researching and gaining understanding from experts in different fields;

Exploring the development of musical genres during the colonial period through the lens of the Anthropocene;

Considering methods of sculptural object production including the use of the workshop environment as a means of community-forming and origin of materials.

We used the Sunday afternoon to stretch our legs and do some reflecting in the Linn Botanical Gardens, with a guided tour by the garden keeper, Jim Taggart. Following the tour of the garden we took a silent walk back to Cove Park. 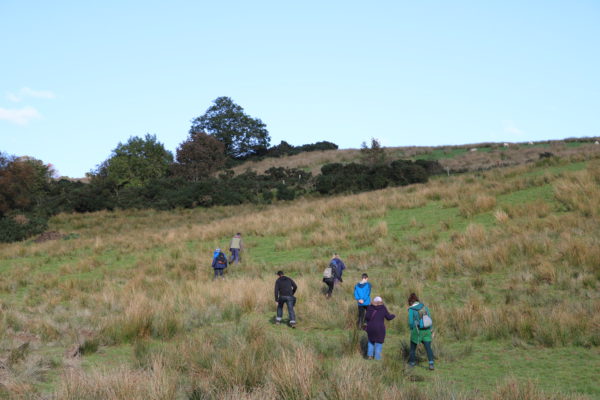 Reflecting on the weekend

On the Sunday evening we discussed participant’s initial reflections and what they would be taking away for further consideration. Some of the key points to emerge were:

Next steps and the future

Leaving us with some parting thoughts, Jan shared with the group her theory of change, based partly on Foucault’s notion of ‘governmentality’. Summarised, in order for change to come about there needs to be:

She highlighted that having a robust theory of change can give practical hope. We discussed how there are roles for artists within all three of those strands.

Ben also highlighted the work of sociologist, David Byrne, who sees the analysis of case study examples as an important tool for understanding how change can come about within complex systems.

One thing that came out the weekend was the need for a resource that holds examples of artistic practices working in this area, for others to learn from and build on.

We talked about CCS’s role in taking the discussions of the weekend forward. These included:

We will continue to work with colleagues from the University of St Andrews to develop a longer term evaluation of the outcomes stemming from this year’s residency and the 2014 and 2015 Arts & Sustainability Residencies. Keep an eye out on our website for further updates! 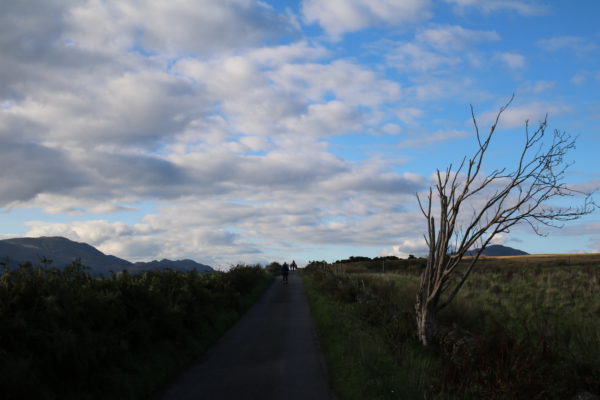 Thanks to all participants who contributed to the weekend, to Cove Park for hosting us. We look forward to continuing the discussions!

The 2016 Arts & Sustainability residency was funded by Creative Scotland and kindly supported by The Dr David Summers Charitable Trust and is run in partnership with Cove Park.