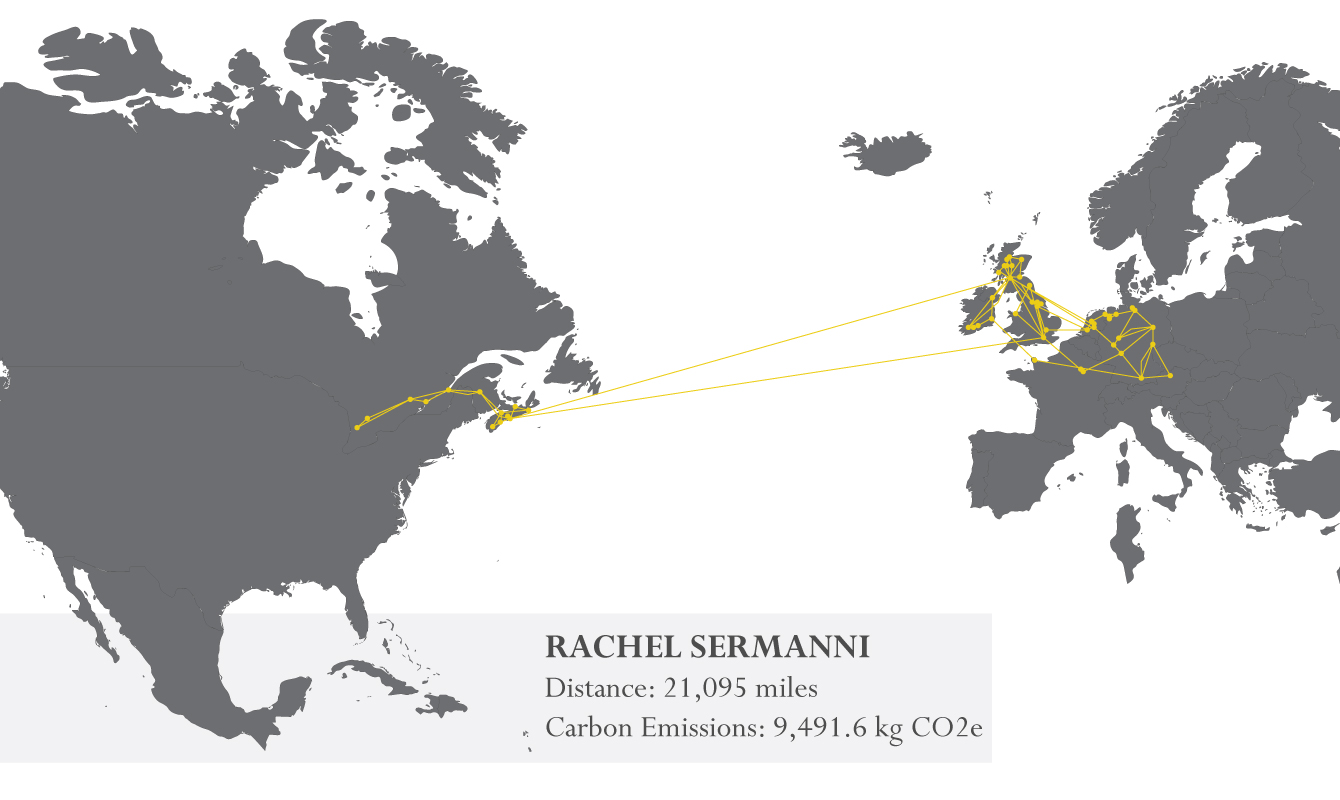 This summer, four Scotland-based singer-songwriters, Rachel Sermanni, RM Hubbert, Louis Abbott (Admiral Fallow) and The Pictish Trail, worked with Jo Mango to explore the themes of travel, the environment and music in their songwriting practices.

Together they created a new EP of songs titled Wrack Lines released today and which will be performed at Platform in Glasgow on 21 January 2016 as part of Celtic Connections.

Coinciding with the writing of songs, each musician kept a log of their summer touring schedules as they travelled across the 2015 festival season. Maps of their movement were used as the basis for the artwork created by illustrator and designer Helen Kellock, published today which reveals the visual patterns arising from their different travel routes.

Wrack Lines will be released on CD and on digital format through Olive Grove Records on 15 January 2016. Rachel Sermanni, Louis Abbott, RM Hubbert, The Pictish Trail and Jo Mango celebrate the launch of the new EP with a one-off performance at Platform in Glasgow on 21 January 2016 as part of Celtic Connections.

If you’re interested in keeping track of your travel, whether your an artist or working within an organisation, you can do so using ClaimExpenses.com. This free, easy to use travel tool keeps track of your expenses whilst calculating the associated carbon footprint.