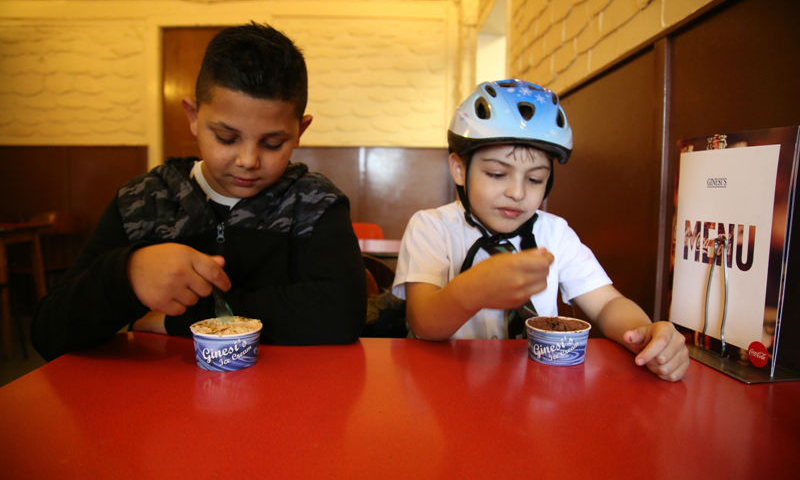 A healthier active Glasgow, cleaner air and helping to tackle climate change? Creative skills are part of a project making it happen, and young people are the focus.

An uplifting new short film about “VeloCommunities”, a project which is widening access to cycling and helping Glasgow be a more sustainable city, was launched today (13 December) at the Climate Challenge Fund’s annual Gathering. The film was created by playwright Lewis Hetherington and film-maker Geraldine Heaney who have been commissioned to work with the VeloCommunities project, which is run by Glasgow based charity Bike for Good, through a collaboration with Creative Carbon Scotland which was funded by the Scottish Government. VeloCommunities is supported through the Scottish Government’s Climate Challenge Fund.

The film was presented by Shgufta Anwar, Development Officer at Bike for Good and Director of Creative Carbon Scotland, Ben Twist  at the Climate Challenge Fund Gathering. The event took place at Perth Concert Hall, a member of the Green Arts Initiative, and celebrated a decade of the Scottish Government’s Climate Challenge Fund and recognised youth contributions in this Year of Young People. Fittingly for the Year of Young People theme two young stars, Marek and Ianco, who are part of the VeloCommunities After School Bike Club (run from the Bike for Good Southside Community Hub), play a leading role in this charming film. Over ice cream they share their enthusiasm for the beach, Bike for Good and why it’s better to go by bike! 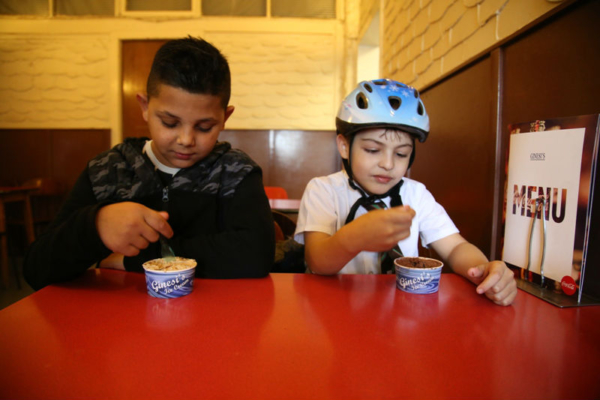 VeloCommunities is the 1,000th project supported through the Scottish Government’s Climate Challenge Fund. It aims to get people out of cars and onto bikes as currently car driving is the ‘go-to’ transport mode in Glasgow, contributing to climate change, air pollution and poor health through inactivity. The need to help people travel differently is not unique to Glasgow, with cars, trucks, taxis, buses, vans and other forms of road transport now the largest source of climate change causing carbon emissions in Scotland. Net carbon emissions as a whole in Scotland have been almost halved since 1990, thanks largely to a shift away from fossil fuel generated electricity towards lower-carbon generation methods such as wind turbines. Road transport by contrast is now causing more emissions – 7% to be precise – than it was in 1990. 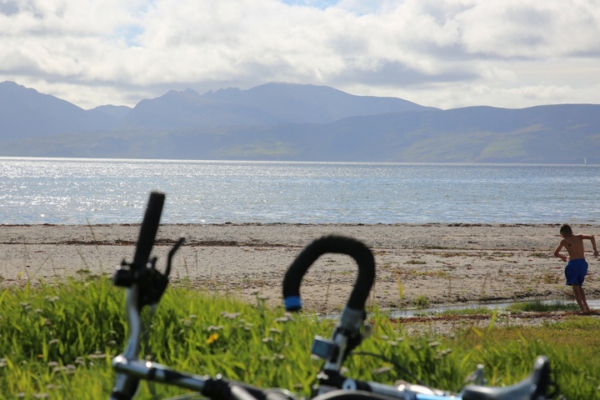 The film is part of Lewis and Geraldine’s roles as embedded artists in the VeloCommunities project in which they are using video and theatre to document and explore Glasgow’s transition to a more sustainable city. The next stage of the project will see interviews being led by young people from the After School Bike Club asking big questions of relevant experts and exploring what world is being shaped now for future generations. Lewis is producing regular blogs during his time as an embedded artist within the project with two inspiring pieces published so far: “Can cycling save the world?” and “The joy of the present and the great unknown of the future.”

Bike for Good’s VeloCommunities Project was awarded a grant of £290,392 from the  Scottish Government’s Climate Challenge Fund and will run up to March 2020. Please get in touch with any questions or ideas! Velocommunities will run between Spring 2018 and March 2020, supporting...